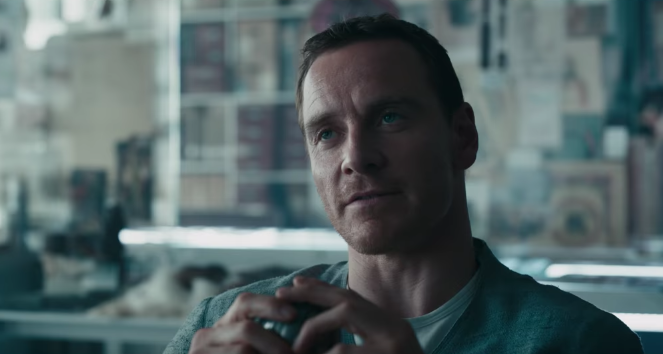 As December nears — ushering in the cinematic heavy hitters and end-of-the-year blockbusters for one last hoorah — the time comes for studios to remind you once again of what’s to come. If Michael Fassbender leaping off buildings in a white hood to the tune of Kanye West somehow slipped your mind, this new trailer for Assassin’s Creed will bring it all rushing back. While it is lacking the latter talent, the trailer features plenty of Fassy’s acrobatics as his character Aguilar — the ancestral assassin to his present day character whose body he inhabits — seems intent on one thing: cutting people’s throats. This is against the backdrop of the Spanish Inquisition, where the market seems to be open on hood-clad killers with hidden blades and incredible abilities to leap distances and heights that would shatter the kneecaps of the average human being. But hey, the Spanish Inquisition was crazy. When Fassbender is not killing grunts, he’s strapped to a chair — hold back your cat calls — in the present day while Marion Cotillard talks to him about history, and then Jeremy Irons talks to Marion Cotillard about…history? Regardless, Fassbender also gets lifted into a giant machine called the Animus, which is how he gets to be transported into the memories of his ancestors. Heady, right?

Helmed by Macbeth and Snowtown director Justin Kurzel, whose teaming up once again with cinematographer Adam Arkapaw, one thing the film seems to have in spades is style. With a lush color palette and a lot of visual rhythm, I stand by my statement that Kurzel’s entry into the video-game-to-movie canon could be one of, if not the best the sub-genre has had to offer. On top of that, it can also just be some much needed, good ol’ fashioned winter fun, especially when December is usually caught up in a whirlwind of all those emotionally rousing, ‘God how sad/inspirational this is’ award-grabbing fair.

What remains to be seen is if it can surpass, and shake stigmas of, its source material and create a lasting impact of its own. For Fox, it will have to rake in a large sum to be considered a success — as well as the cry for a franchise — which could be tough when people seem to just want to weep around the holiday season. See the trailer below, for the film that also stars Michael K. Williams, Brendan Gleeson, and Green Room‘s Callum Turner.

Through a revolutionary technology that unlocks his genetic memories, Callum Lynch (Michael Fassbender) experiences the adventures of his ancestor, Aguilar, in 15th Century Spain. Callum discovers he is descended from a mysterious secret society, the Assassins, and amasses incredible knowledge and skills to take on the oppressive and powerful Templar organization in the present day.