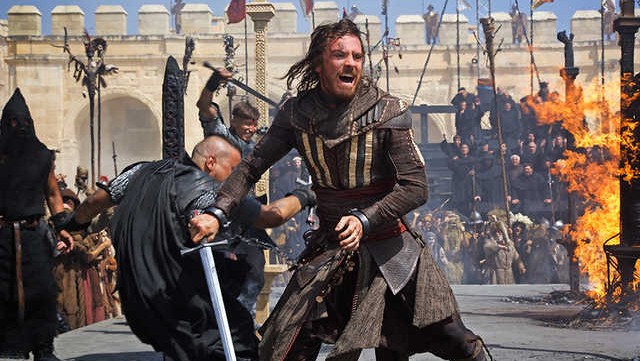 Considering their track record in Hollywood, it’s safe to not build up much anticipation for the next videogame adaptation. However, next year will bring one that seems to have perhaps the most promising elements yet. Reteaming after Macbeth, director Justin Kurzel and stars Michael Fassbender and Marion Cotillard recently completed production on Assassin’s Creed and today we have the first images.

“I’ve played it since [being offered the job] mainly to get an idea of the physicality of the character,” Fassbender tells EW, referencing his portrayal of the swordsman Aguilar and his modern-day ancestor Callum Lynch. “We’re striving to find something special. We believe the whole concept around it is special and want to service that the best we can. The fans are really passionate: very specific and they expect accuracy and historical detail. We’re really trying to capitalize and feed on and enjoy the fun element. We’re working hard to make this something special.”

Considering the level of visual prowess Kurzel and team were able to bring to Shakespeare, hopefully the same is true here, something these over-lit publicity photos likely don’t do justice to. Nonetheless, check out the new images above and below (thanks to Empire, as well) for the film which also stars The Lobster‘s Ariane Labed.

Callum Lynch discovers he is a descendant of the secret Assassins society through unlocked genetic memories that allow him to relive the adventures of his ancestor, Aguilar, in 15th century Spain. After gaining incredible knowledge and skills he’s poised to take on the oppressive Knights Templar in the present day.