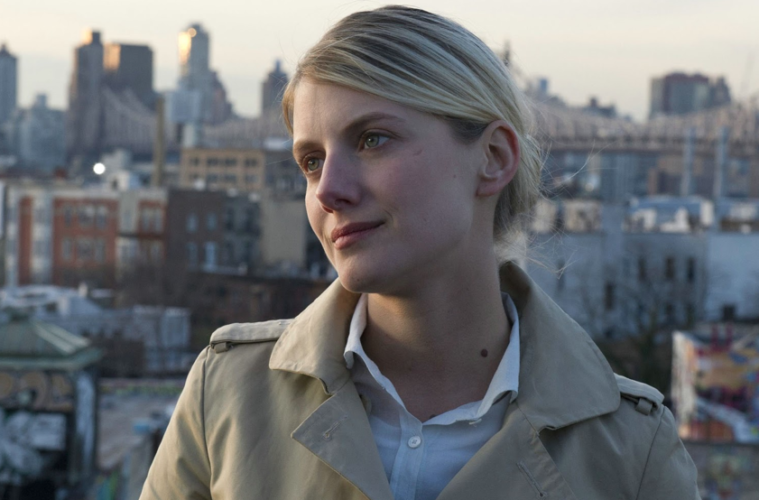 Outside her magnetic, hard-to-shake work in the likes of Inglourious Basterds and Beginners (we’ll let Now You See Me slide), Mélanie Laurent has tried her hand at writing and directing a few times over, in 2011 even releasing her first feature, The Adopted. It’s reported that, in following the title — which, as far as I can tell, never received so much as a theatrical release in the United States — she’ll next angle toward a coming-of-age picture, Respire, which Cineuropa describe as a tale set amidst “[the] age of friendships, emotions and convictions, [and the] age of passions.”

That age is 17, when a girl by the name of Charlie — [a] talented and pretty young girl, who is nevertheless full of doubts, disillusions and loneliness” — finds herself emotionally damaged when another girl, Sarah, quickly dispenses with their just-formed friendship, leaving Charlie “hurt,” to a potentially fatal degree. Laurent and Julien Lambroschini are scripting the picture, which adapts Anne-Sophie Brasme‘s novel; Lou de Laâge, Joséphine Japy, Claire Heim, and Isabelle Carré are to star, while Gaumont, Mely Productions, and Move Movie are all producing.

Respire is about to commence shooting. Absurdly productive ways are now as much a part of the Takashi Miike “aura” as his extreme, no-holds-barred cinema, and thus it should surprise few (if any) that word of a new title is trickling in from Mantan (via Twitch). According to their report, following a Tom Hardy-led feature, the Japanese writer-director is making time for Kamisama no Iutoori, a manga adaptation expected to film in the summer of 2014 and, better yet, hit screens that same fall. Fukushi Sota, Kamiki Ryunosuke, and Yamazaki Hironal will star.

As scripted by Yatsu Hiroyuki, it follows the original series, described below:

“Takahata Shun’s day at high school begins just as normal and boring as ever, but it doesn’t end that way. After his teacher’s head explodes, he and his classmates find themselves forced to play children’s games, such as Daruma ga Koronda (a game like Red Light/Green Light), with deadly stakes. With no idea who is behind this mysterious deadly game session, and no way of knowing when it will finally end, the only thing Shun and other students can do is keep trying to win…”

And, because the man works faster than a jackrabbit on amphetamines, here’s the trailer for an entirely different entry, Mogura no Uta (via BleedingCool):

Fulfilling the promise of his directorial debut, Kill Your Darlings, Deadline report that John Krokidas has landed two new titles: first, behind-the-camera work on Standard Loneliness Package, a sci-fi, near-future tale following “a recent college graduate [who] gets an entry-level job at a tech company where he’s paid to experience painful events in other people’s lives.” Attempts at getting closer to his boss prove difficult “in a society that’s becoming entirely virtual and where he essentially serves as a human pain cushion” — from which point the picture, scripted by Keith Bunin (and based on a short story from Charles Yu), is likely to confront necessary questions of humanity and compassion.

Additionally, Krokidas and Darlings‘ co-scribe, Austin Bunn, will lend a rewrite to Fox 2000’s “lush 21st[-]century thriller,” Highrise, which has shades of William Wyler‘s The Collector.

Coming off his most recent directorial effort, Some Velvet Morning, provocateur par excellence Neil LaBute has set up… a terrorism-centered thriller starring Melissa Leo. After giving that one a second to sink in, we can see he has plans for The Toll, which, as penned by Jane Henderson, follows “a New Jersey tollbooth worker who winds up responsible for thwarting a terrorist attack threatening the entire east coast” — the strangeness of which LaBute seems keenly aware, commenting that he’s intrigued to make a film about”someone who has none of the supposed attributes of an action hero and yet [is] asked to do all of the things that those people are asked to do.” [Collider]

The Toll is only in initial planning stages, though Leo‘s own First Lady Films will produce.

With his own momentum in mind, James Foley — recently of House of Cards fame, equipping himself rather well in the shadow of one David Fincher — has been tapped for this peculiar prospect: a reworking of Jacob’s Ladder which, when detailed in June, we’re led to believe will “contemporize the story with new situations and characters.” Jeff Buhler (Midnight Mean Train) is penning the script for LD Entertainment and Michael Gaeta & Alison Rosenzweig (Fright Night), though little past notices of an “homage” are made clear. [TheWrap]

Variety have our last bit of news, in which it’s said that Gavin O’Connor (Jane Got a Gun, which has recently been set for August 29th, 2014) is next up for the WB-backed remake of French hit Tell No One. Frank Marshall is producing, while Chris Terrio had originally scripted the title for Ben Affleck, his Argo director, but a slate of new plans since took him off the project; nothing would indicate his script’s been changed, though there is, too, little news of what this particular adaptation might change from either Guillaume Canet‘s original picture or Harlan Coben‘s initial novel.

Which project are you most optimistic about? Any thoughts on the directorial choices?