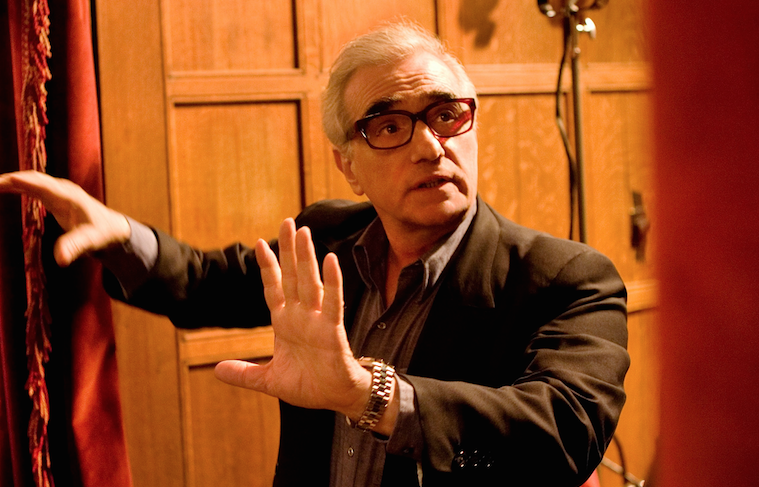 Going on seven decades in the film business, Martin Scorsese is showing no signs of slowing down. As he toils away in the editing room on The Irishman, one of his other longest-gestating projects will see the light, but in a different form.  It was announced at the Hulu TCA upfront that he and collaborator Leonardo DiCaprio’s adaptation of the sprawling novel Devil in the White City will no longer take the film form, but will be a series on the streaming platform, according to Variety.

Based on Erik Larson’s book The Devil In The White City: Murder, Magic And Madness At The Fair That Changed America, the dark and twisted events involve the chronicling Dr. HH Holmes, a man who “preyed on anywhere from 27 to 200 people at a time when the city of Chicago was enthralled with hosting the World’s Fair of 1893.” Through the building of The World’s Fair Hotel, Holmes “used charm and guile to lure guests into what became known as a ‘murder castle,'” which featured a gas chamber, crematorium and a dissecting table,” the lattermost of which would be used for the purpose of obtaining and selling skeletons.

It’s not revealed yet if Scorsese will still step behind the camera or DiCaprio will star, but they remain attached as producers. As mentioned, Scorsese will be continuing his relationship with streaming platforms with the highly-anticipated release of The Irishman on Netflix this year. Contrary to rumors, no specific release date or premiere has been set yet, but we do have a few new updates on the crime film, starring Robert DeNiro, Al Pacino, Harvey Keitel, and Joe Pesci.

Anyone expecting a film in the vein of Goodfellas will need to check their expectations, says his longtime editor Thelma Schoonmaker. In an interview with Yahoo Movies UK, the editor indulged that “The Irishman is not Goodfellas. And that’s what they think it’s going to be. It’s not. It is not Goodfellas. It’s completely different. It’s wonderful. They’re going to love it. But please don’t think it’s gonna be Goodfellas, because it isn’t.”

In a more interesting tidbit, she added, “We’re youthifying the actors in the first half of the movie. And then the second half of the movie they play their own age. So that’s a big risk.” With work being done by ILM, she added, “We’re seeing some of it, but I haven’t gotten a whole scene where they’re young, and what I’m going to have to see, and what Marty’s going to have to see is, ‘How is it affecting the rest of the movie when you see them young?’”

She went on to say, “Very few people have seen it, because we can’t show it to a big audience. But the characters are so strong, it doesn’t matter – it’s really funny. I don’t know what it’s going to be like when we get it all – that’s the risk.” So, it sounds like a Cannes premiere may be out of reach with so much digital work being done on the project, which has a reported price tag of upwards of $200 million. Hopefully we’ll see the film by fall, so stay tuned for updates.