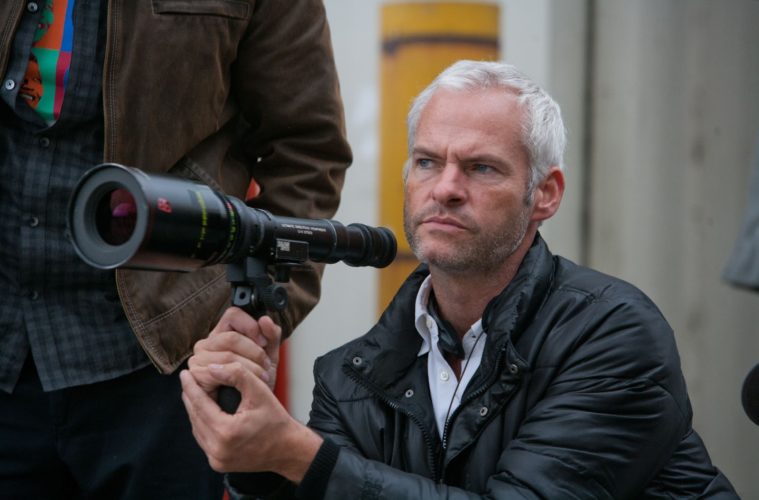 There’s a noticeable decline between Martin McDonagh‘s first and second features, In Bruges and Seven Psychopaths, and half the reason I’ve started anticipating a third outing is to confirm that his Belgium-set mini-masterpiece wasn’t a fluke. Considering the immense promise of that just-announced third outing, a proper test is in order.

McDonagh told The Guardian that he’s planning a southern-set picture entitled Three Billboards Outside Ebbing, Missouri, which, despite having been written some four years ago, has an unfortunately topical subject. With the hope of rolling cameras at next year’s start, Frances McDormand is expected to take the leading place as “a 50-year-old woman whose daughter is murdered and she goes to war with the police in her home town, because she thinks they are more interested in torturing black people than getting justice.” No, that doesn’t sound quite as comical as his other two pictures — it doesn’t sound comical at all, in fact — but the writer’s penchant for mining comedy from the worst of human behavior (in his first cinematic outing, at least) is outstanding. Either way, a McDonagh-McDormand combination sounds like a fine thing.

In another instance of this-is-topical-because-the-U.S.-is-a-horrible-country, John Madden (Shakespeare In Love) and Jessica Chastain will reunite from The Debt to tackle gun control — cinematically, that is. A press release has announced the development of Miss Sloane, which will follow a lobbyist whose work towards a strong gun-law amendment destroys her Federal Hill career. EuropaCorp and FilmNation are behind the endeavor, with a script from Jonathan Perera serving as the backbone. While it won’t make a lick of difference in one of the country’s most important issues, a new drama led by Chastain is always nice.

Good news: Tom Ford‘s A Single Man follow-up is not only on the cusp of shooting, but has also added Isla Fisher. Deadline tells us the actress is now aboard Nocturnal Animals, an adaptation of Austin Wright‘s Tony and Susan led by Jake Gyllenhaal and Amy Adams across two stories: one of a woman, Susan Morrow, who faces dark truths when reminiscing about her first marriage; the other concerning Tony Hastings, the lead of her ex-husband’s manuscript which itself follows a man on a family vacation that turns deadly. Fisher will figure into the latter half as Laura Hastings, “who travels with him and is in the car during an altercation he has that puts their family in danger.”

First on the Belgian front (not a phrase I get to type often enough), Michael R. Roskam has secured his Bullhead star, Matthias Schoenaerts, to star alongside Adèle Exarchopoulos in the Wild Bunch- and Pathe-backed “noirish romance thriller” The Faithful. Other than its concerns with Brussels’ crime element — and the screenwriting input of Jacques Audiard’s collaborators Thomas Bidegain and Noé Debré — the rest is being kept quiet. Nevertheless, this has Cannes written all over it, so a good deal should be revealed in the next nine months. [Variety]

Second, the least-surprising casting announcement in film history: Olivier Gourmet will be in the new Dardenne brothers picture, The Unknown Girl (or La Fille inconnue); Two Days, One Night‘s Christelle Cornil has also boarded. A first report told us it would follow “Jenny, a woman who refuses to answer a knock on her door from a young girl. When the girl is found dead a short time after, she searches for her identity after the police come up short.” The details have since changed a bit, with the outlet telling us it’s in fact about “a young female doctor as she attempts to find out the identity of a patient who has been found dead shortly after she found the doors of her surgery locked.”

Adèle Haenel (House of Tolerance, Suzanne) is taking the top spot, and production commences this fall. Along with being a likely Cannes 2016 title, it’ll be the first Dardenne picture since La Promesse (which they consider their true debut) not released on a three-year cycle. Truly anything can happen! [Cineuropa]