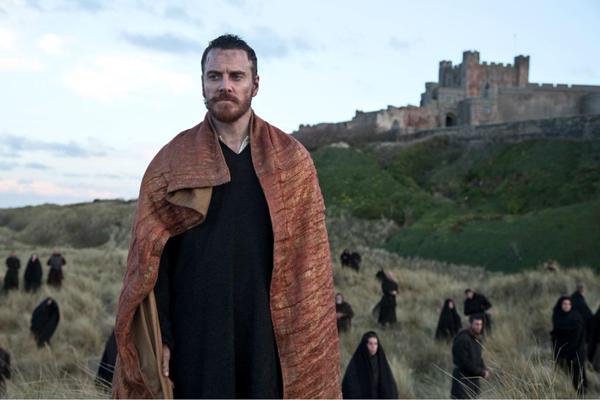 Macbeth (review and more) is confirmed to get a U.S. release in December through Radius-TWC before hitting Amazon Prime two-to-three months later, THR reports.

Film4 has published a list of the 50 must-see horror films of the 21st century so far:

A gruesome vampire horror film with a tender, beating heart, Let The Right One In busts all bloodsucker cliches to tell a superbly simple, yet wholly surprising and in the end utterly twisted story of a young boy’s relationship with a mysterious girl who may look his age, but is in fact more than a little bit older. Acclaimed by critics and audiences alike on its initial release in 2008, Let The Right One In’s reputation has only grown in the ensuing years, making it one of the few recent horror hits that genre fans can all agree on – and a runaway leader in our poll.

Watch Kevin B. Lee‘s video essay on ways to film a road movie:

At BFI, see an infographic on what makes a film noir.

Mubi‘s Reno Lauro on the spiritual voices in the films of Terrence Malick:

Sometimes I imagine that it is 1983 and Terrence Malick is somewhere in Paris, living a quiet, normal life. As he walks to one of his favorite cafes, he catches a glimpse of Gilles Deleuzes’ Cinéma 1: L’image-mouvemont in a bookstore window. Naturally, he’s curious. In an intellectual era dominated by Theory, the only other book of philosophy that had taken up cinema as a way to do philosophy was The World Viewed, written by his friend and one time academic advisor Stanley Cavell. I imagine that Malick seeks out Deleuze, who is lecturing at the University of Paris VIII. Two years later, he buys a copy of Deleuze’s Cinéma 2: L’image-temps. Deleuze confirmed what Malick has long suspected, but either forgotten or was distracted from in the hedonistic atmosphere of 1970s L. A. chronicled by Peter Biskind in Easy Riders, Raging Bulls—cinema “thinks” philosophically.

Watch a video on the most beautiful black and white images in cinema:

I’m lazy and an imperfectionist. Steven Spielberg and Martin Scorsese will work on the details until midnight and sweat it out, whereas for me, come 6 o’clock, I want to go home, I want to have dinner, I want to watch the ballgame. Filmmaking is not [the] end-all be-all of my existence. Another shortcoming is that I don’t have the intellect or the depth or the natural gift. The greatness is not in me. When you see scenes in [Akira] Kurosawa films … you know he’s a madman on the set. There would be 100 horses and everything had to be perfect. He was crazy. I don’t have any of that.