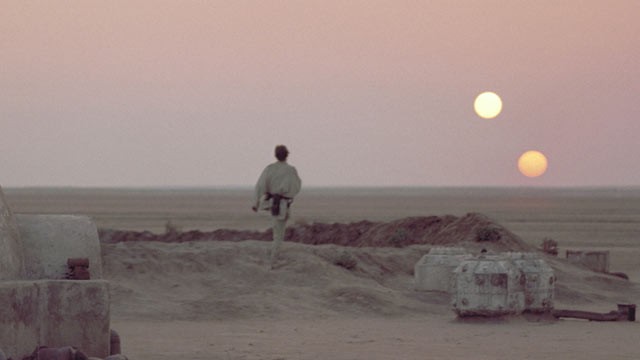 Is Hollywood finally getting smarter? After the influx of 3D theatrical re-releases of previous classics, we recently got news that Disney was altogether scrapping their three-dimensional update of The Little Mermaid this summer, following poor returns on Monsters, Inc. 3D, and now we’ve got news that five more 3D updates have been canned.

According to Deadline, Lucasfilm and Disney have pumped the brakes on the next five Star Wars getting 3D updates, following Star Wars: Episode I – The Phantom Menace’s 3D bow around a year ago. The plan was to release the franchise’s films in chronological order, story-wise, with Attack of the Clones gearing up for a September 2013 bow and Revenge of the Sith a month later.

Considering the 3D re-release of Phantom Menace only took in a bit more than $40 million, the decision makes sense, but fans who were looking forward to re-experience the original trilogy in theaters surely won’t be happy. However, with J.J. Abrams working hard on delivering Star Wars: Episode VII, it makes sense for the company to look toward the future instead and fans will simply have to hold tight to their Blu-rays.

Are you disappointed we won’t see any more Star Wars 3D re-releases? Is it a smart move for Disney?