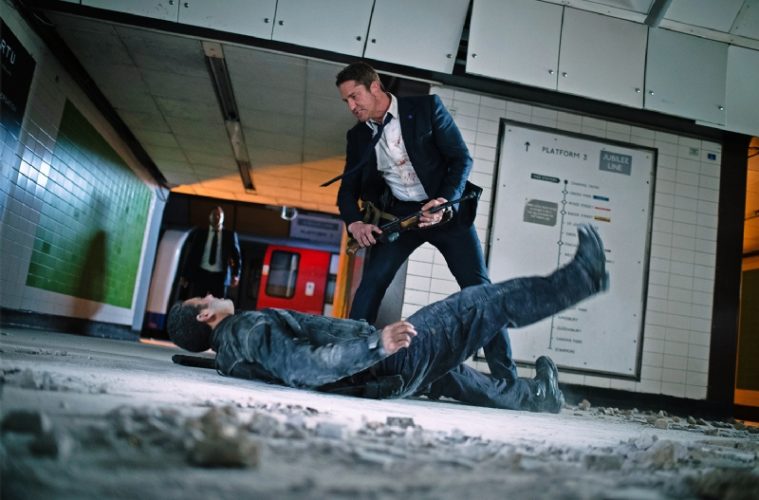 London Has Fallen and only Gerard Butler can help get it back up. After the Antoine Fuqua-helmed Olympus Has Fallen racked up over $160 million worldwide, producers believe it’s a profitable venture to follow it up with a London-set sequel. This time directed by Babak Najafi (Snabba Cash II), today brings our first teaser trailer.

Although I’m someone who preferred Fuqua’s take over Roland Emmerich‘s White House Down, I still can’t muster up much anticipation for this January-bound action thriller. If you like to see Butler take on terrorists, however, this will certainly seem to satisfy. Also starring Angela Bassett, Aaron Eckhart, Morgan Freeman, Robert Forster, Sean O’Bryan, Radha Mitchell, Jackie Earle Haley, Alon Aboutboul, Charlotte Riley and Waleed Zuaiter, check out the trailer below, along with a trio of posters.

The sequel to the worldwide smash hit Olympus Has Fallen begins in London, where the British Prime Minister has passed away under mysterious circumstances. His funeral is a must-attend event for leaders of the western world. But what starts out as the most protected event on earth, turns into a deadly plot to kill the world’s most powerful leaders, devastate every known landmark in the British capital, and unleash a terrifying vision of the future. Only three people have any hope of stopping it: the President of the United States, his formidable secret service head (Gerard Butler), and an English MI-6 agent who rightly trusts no one.