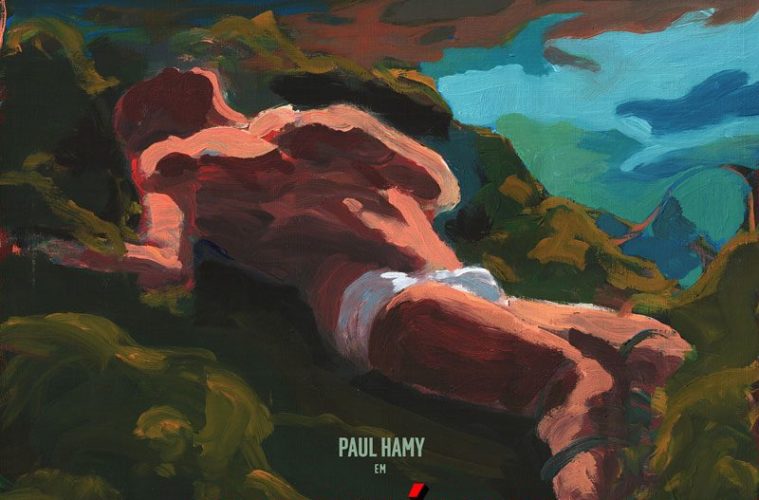 Publicly stated by its director to concern Saint Anthony, the Portuguese priest and friar who legend calls the most supernatural of saints, The Ornithologist luckily manages to see the profane outweigh the sacred — no white elephantine “spirituality,” but rather a progression of set-pieces. We have something of a return for João Pedro Rodrigues to his debut feature Fantasma, a nocturnal “erotic thriller” of sorts that moved by the logic of its own images, this in opposition to more character-driven films such as Two Drifters and To Die Like a Man or his most recent The Last Time I Saw Macao, a tad too much an academic exercise in mirroring post-colonialism through a deadpan “non-mystery.”

Our supposed Saint Anthony stand-in (and certainly object of lust for Rodrigues), Fernando (the Jason Statham-like Paul Hamy), is an ornithologist at work in Portugal’s wilderness, researching storks. The extended shots of him rowing in his canoe or stepping through terrain initially play like another man-vs-nature work in the mold of Jauja (though with far muted colors and scope compositions), yet as soon as we put the film in a box, it instantly mutates.

Looking at a bird for too long causes him to capsize where, eventually, he’s found by two Chinese “tourists,” or rather explorers. Forced to speak to each other in broken English, their initial exchanges seem like the comic relief in a dour, formalist art film. Yet upon waking up the next morning tied up, these ladies see him as a threat instead of the “strong man” they proclaimed the evening before, and something is clearly amiss alongside Portugal’s rivers.

From the point of his escape onwards, we realize it’s not the survivalist film it initially seemed. The Ornithologist is set in modern times (Fernando checks his texts, which inform him of possibly deteriorating health) though ventures through what almost seems like a portal into a different time, witnessing a boar murder performed as a ritual by those in ancient native garb or a man who claims to be Jesus.

Beyond the intermingling of the past and present, the birds Fernando look at manage to gaze back, such as whenever he’s peered at through the eyes of supernatural owls seemingly on loan from Twin Peaks, and here appearing not as the hunky star but Rodrigues himself. (The concept of a double is perhaps another clue that we’re actually in the Black Lodge.) While that choice could point towards reading the film — or the figure of Saint Anthony, provided you have the context — as some form of allegory for his career or filmmaking, a corny proposition when, in fact, resisting interpretation is the way to be on this film’s jokey wavelength; it even contains a line near its end about there being things we can’t understand.

Though, if to indulge a single instance of an interpretive framework: at one point, when Hamy moves through a forest of taxidermied animals, it seems a tip-off to the sense of history frozen, reconstructed, and put on display, the national myth Rodrigues is pursuing too broad to tackle in one film and too specific to speak to an audience beyond even himself.

By its climax of sorts — featuring a blatantly fake throat slit and blood squib followed by a jaunty pop song over the end credits — it’s clear the film may be a goof on Rodrigues’ part, but good thing it’s at least funny enough to not just sustain, but build its laughs to the very end.

The Ornithologist premiered at Locarno International Film Festival and opens on June 23.