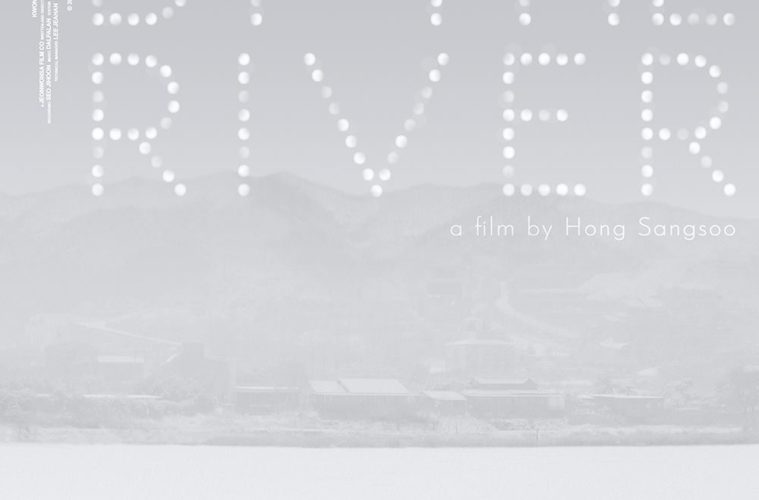 “He’s hardly a real auteur,” says a woman of an arthouse director in Hong Sangsoo’s achingly melancholic Hotel by the River, “and he does ambivalent stuff.” Hong’s acolytes have reasons to rejoice in the Korean’s latest feature: beautifully shot in crisp black and white by Kim Hyung-koo – reminiscent of his work in Hong’s The Day After (2017) and Grass (2018) – and packed with a few of the director’s recurrent casting choices (including muse Kim Min-hee and Kwon Hae-hyo) Hotel by the River is imbued with the self-irony that permeates much of Hong’s ever-growing filmography, only this time the mockery is mixed with a tragic aftertaste that adds to the drama an unsettling and refreshing aura.

A lingering presence traversing much of Hong’s canon, death in Hotel by the River feels a lot more tangible than usual. Harboring much of the film’s action is a quiet inn nestled in a snowy Korean valley by the river Han. It is a liminal place where two storylines converge, but only in passing. In one, old poet Young-wan (Ki Joo-bong, awarded Best Actor at the 71st Locarno Festival) has asked his two sons Kyung-soo (Kwon Hae-hyo) and Byung-soo (Yu Jun-sang) to pay him a visit. An estranged father belying all signs of that Hong-trademarked penchant for women, cigarettes, and soju, by the time Kyung-soo and Byung-soo show up it is not at all clear whether the sons are happy to be in each other’s company, let alone whether Young-wan wants them to be there in the first place. A semi-famous director all too eager to brag and rest on his laurels (“people are waiting for my new movie”) Byung-soo quickly sets his older brother’s envy in motion, causing the conversation between the two to escalate from mindless small talk to toxic spite, Kyung-soo shushing Byung-soo as a “buffoon” so many times the insult eventually turns into a litany.

Hong’s script excels at teasing out the brothers’ relationship as a protracted state of competition. Kyung-soo and Byung-soo may be full grownups, but they fight for their father’s approval with such candid and childlike ardor that the two stuffed animals Young-wan gifts them before they depart feel like a hilariously fitting memento. And there’s a tangible awkwardness in the way Young-wan treats his sons like complete strangers, seemingly toying with the idea of rescuing a dysfunctional parental relationship, but always falling a step too short, engaging in small talk only to quickly abandon the two to flirt with two other guests – a fleeting moment where Hotel’s first and second storyline cross– Sang-hee (Kim Min-hee), who’s found refuge at the inn after breaking up with her lover, and her girlfriend Yeon-ju (Song Seon-mi), who’s dropped by to console her.

If this makes it sound like Hotel by the River ticks all the Korean’s traditional boxes, writing it off as familiar Hong would feel like a myopic disservice. In one crucial and early juncture, Young-wan, Kyung-soo and Byung-soo are sipping coffee in the hotel’s foyer, marveling at the snowy landscape outside the window, when the old man cuts the awkward chit-chat and confesses he feels on the verge of death, despite showing no alarming symptoms. “I feel like I’m going to die, and I wanted to see you before I did.” The sons chuckle, the laughs turn nervous, and eventually die altogether. It’s a scene that spans a few seconds, yet it encapsulates what makes Hotel by the River at once so Hong – in its preternatural, effortless ability to capture the idiosyncrasies of everyday life – and what makes it stand out as an unexpected departure from his most recent works.

To be sure, there’s no denying somber issues have already featured heavily in Hong’s filmography. All across the Korean’s ballooning body of work characters often confront loneliness, betrayals, failure, with a sense of existential anguish permeating the screen. Hong’s previous works exude an unmistakably melancholic vibe – how else would you define Kim Min-hee’s spleen in her solitary promenades in On The Beach at Night Alone? Yet Hotel by the River takes that anguish a step further, arguably because it zeroes in on a central character to whom the end feels so eerily close – so much so that even when it seesaws between self-mockery and melancholia, in that familiar Hong fashion, the sadness stings a lot harder.

Structurally less intricate than its predecessors, with the whole action compressed in a few hours, Hotel by the River also stands in contrast with Hong’s habitual flair for narrative gaps and ellipsis. Two storylines unfurl in the space of one day, one of them (the three men’s) unmistakably more developed and richer than the other. People gather at a hotel, drinks are consumed, relationships are restored and shattered again. Slow-paced and meditative, Hotel by the River is a director’s plunge into a milieu where chuckles go hand in hand, often to ambiguous and conflicting extents, with a melancholic bracing for death. Coming from a man who’s spent a whole career inviting audiences to spot meta-filmic jokes at his own expense, that remark about Byung-soo’s arthouse films, “he does ambivalent stuff,” feels so refreshingly pitch-perfect.

Hotel by the River premiered at the 2018 Locarno Film Festival and opens on February 15.