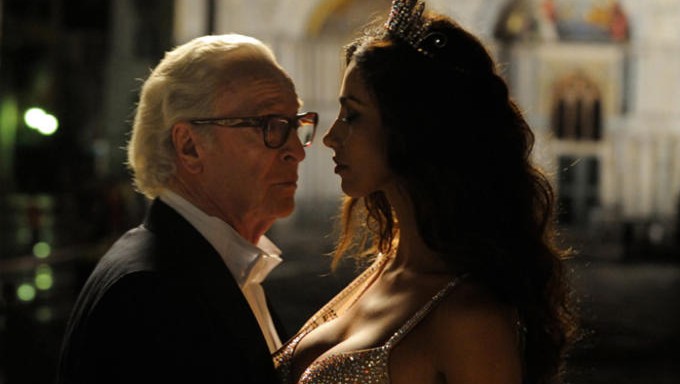 Say what you will about Paolo Sorrentino‘s work as a formalist — we already have! — but the man can put together a decent soundtrack. After the cross-cultural smorgasbord of This Must Be the Place and Italian razz-ma-tazz of The Great Beauty, his latest picture, Youth, seems to focus its aging characters’ struggle with something a bit more contemplative. Or so I’m guessing by glancing at the soundtrack listing that’s made its way online and listening to some of the tracks, nearly all of which — even the cuts from David Byrne — are less-than-peachy. But maybe life is, too, you know?

Such is the vibe from a new set of clips, including one that makes the presence of a beautiful, naked woman intensely morose. Though dubbed into Italian, they, being (as far as I can tell) unedited, offer some sense of what Sorrentino’s aiming for behind the camera, and regardless of the fact that a number of people have already decided that they’ll never want to see anything else from him — the man’s become that kind of figure in a short amount of time — I’m not totally put-off by what’s here. Call me an easy mark, but I think there are many things worse than watching Michael Caine and Harvey Keitel spend a bit of time together.

Check out the soundtrack details (via Film Music Reporter), along with tracks where available, and clips below (with the first one here):

Youth has been acquired by Fox Searchlight Pictures and will be released on Dec. 4th.