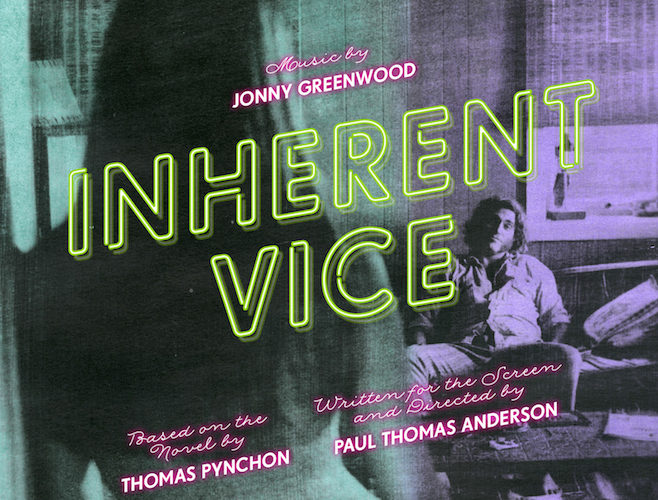 If you were one of the lucky select few to see Paul Thomas Anderson‘s latest feature this weekend, aside from wanting to immediately revisit it, I imagine you were taken with the music of the film — both the original score and the soundtrack. During the New York Film Festival premiere, we curated the official soundtrack (according to the film’s credits), then we provided over 100 tracks from the Thomas Pynchon source material, but today, finally, we have the official soundtrack release for Inherent Vice

While the official release doesn’t include a few songs we’ve enjoyed listening to the past few months — notably Sam Cooke‘s (What A) Wonderful World, The Cascades‘ Rhythm of the Rain, Neil Young‘s Harvest and The Association‘s Never My Love — it does feature Jonny Greenwood‘s superb full score, which is occasionally overlaid with the Joanna Newsom narration from the film. Along with a new official poster, stream it below thanks to Spotify (which has everything but The Markettts‘ Here Comes the Ho-Dads, which can be listened to here) and pick up the official release. The Inherent Vice soundtrack is now available for purchase.