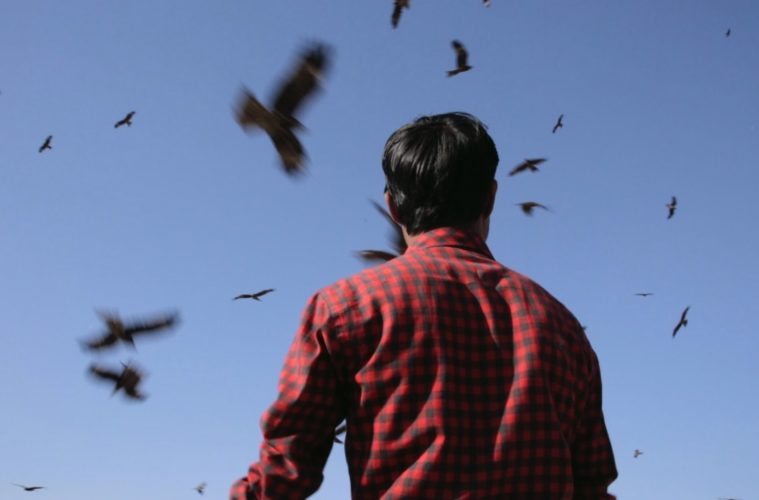 Listen to the Full Album ‘Junun’ From Jonny Greenwood, Shye Ben Tzur, and The Rajasthan Express

Although Paul Thomas Anderson‘s Junun has completed its premiere streaming run on MUBI, we imagine it’ll pop up soon enough on other platforms. In the meantime, we have the ability to experience the one thing every viewer wanted to do after watching: listen to the full album depicted in the documentary. Coming from Shye Ben Tzur, Jonny Greenwood, and The Rajasthan Express, I’ve had the ability to listen to it for the past month or so and it’s easily one of the year’s best albums: a lively, beautiful collection of rhythms and vocals that resonate even greater after seeing how they were created.

We said in our review, “Above all else, Junun serves as a proper hangout movie where we, the outsider, have been invited to watch its talented players sit around as they strive to create compelling, satisfying art. Its calling card is the opening sequence, an intense instrumental performance held during an afternoon call to prayer in Jodhpur’s Mehrangarh Fort: these men, Greenwood the only recognizable one among the lot, are in their element, we’re in their grasp, and Anderson’s fixed, swirling camera clearly wishes to hold that grasp as much as possible. When this forceful introduction was immediately followed by Anderson’s intimate, washed-out digital images, I wondered if we were in store for a major work.”

Listen to the full album below thanks to NPR and check out a new trailer ahead of a screening of the film this Sunday at LA’s The Ace Hotel.