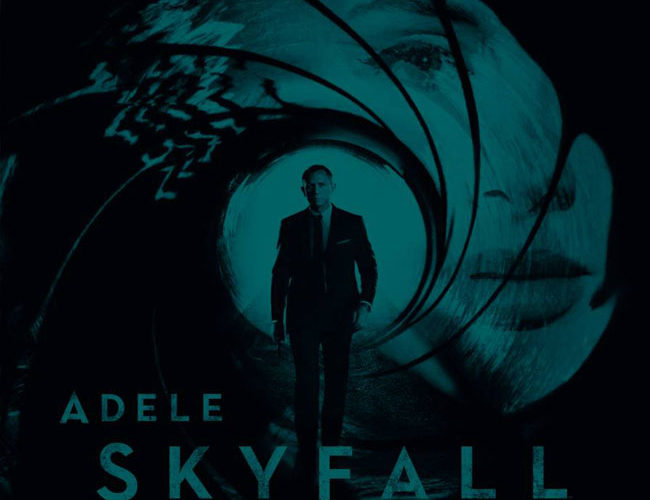 While her full theme will be unveiled this Thursday, a 90-second preview from Adele‘s Skyfall song has hit the web — and it sounds excellent. The ballad, harkening back to some Bond classics, takes a much different route from the last few offerings featuring Jack White and Chris Cornell. Check out the snippet below, along with a rundown on the release (from Facebook) and some words from Adele.

“Adele will premiere Skyfall, the official theme song to the upcoming 007 film of the same name, globally via her official site on Friday October 5th at 0:07 BST/London time (7:07pm EST on October 4th). The track is available for pre-order at iTunes starting today. October 5th marks the 50th anniversary of the release of Dr. No and is being celebrated as Global James Bond Day.

After reading the script for the film, Adele enlisted Paul Epworth to co-write and produce the theme song to Skyfall. Adele admits, ‘I was a little hesitant at first to be involved with the theme song for Skyfall. There’s a lot of instant spotlight and pressure when it comes to a Bond song. But I fell in love with the script and Paul had some great ideas for the track and it ended up being a bit of a no-brainer to do it in the end. It was also a lot of fun writing to a brief, something I’ve never done which made it exciting. When we recorded the strings, it was one of the proudest moments of my life. I’ll be back combing my hair when I’m 60 telling people I was a Bond girl back in the day, I’m sure!’ Recorded at Abbey Road Studios in London, Skyfall features the lush accompaniment of a 77-piece orchestra.”