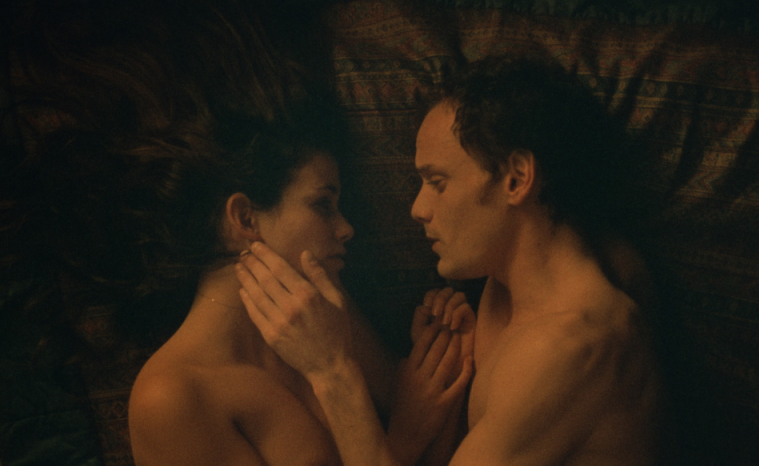 One of Anton Yelchin’s final screen performances lifts the melancholic ode to one night’s lost passion in Porto, a messy, scattered drama that, for all its visual resplendence, is too narratively slippery to reach much in the way of profundity. Set in the picturesque Portuguese city of the title, the film demonstrates first-time fiction director Gabe Klinger’s eye for visual storytelling, but his script, co-written by Larry Gross, feels undeveloped for anything further than glib, Instagram-like testaments to cherished moments in time.

Porto loops back and forwards to a single night, the meeting of Yelchin’s Jake and Lucie Lucas’ Mati for a fiery one-night stand. It’s an event that’s unnatural for both, but something urges them both through it. (“It doesn’t feel a matter of choice” says Jake about his own actions.) Real life inevitably encroaches and puts an abrupt end to their relationship, but the flippant suggestion that it’s a deep, meaningful connection between the two belies a lack of focus in telling this story. Carnal lust for each other, as seen in a tightly filmed sex scene, does not here reveal the roots of true love. Yelchin at least brings some hunger and hulking intensity to the role; Lucas has a part that does nothing but acquiesce her partner in a way that strikes of male wish-fulfillment. It’s not her fault when her character arc wouldn’t fill a post-it note.

In 2013, Klinger won Venice’s Lion for best documentary for Double Play, a documentary feature about James Benning and Richard Linklater. There’s little to recognize of either man’s work here, save for the American-abroad theme taken from the latter’s Before series. But there is something in Benning’s words that Klinger echoes in press notes: “All of time is just memory.” That’s the mode through which he is clearly interested in telling his story, and this is what most intrigues in the movie. Porto cuts between 35mm, 16mm and super 8, reflecting both characters’ changing feelings about that one night. It most reflects Alain Resnais’ Hiroshima Mon Amour (Klinger’s film was itself originally titled Porto, Mon Amour), as, like that 1959 film, its relationship to time is as fluid as memory itself. New Wave touches weigh heavily on the picture, not least in its improvised feel and  free-spirited joie de vivre, and there’s also an Allenesque quality in Klinger’s choice of a jazzy score alongside Jake’s obsession with predestination and fate.

Fans of Yelchin will no doubt be reminded, too, of Like Crazy, the part-improvised 2011 romance he made with Felicity Jones, itself a passionate tale of two spirits. In Porto, however, there’s less these characters have to hang onto, and, for a relationship apparently fueled by lust, it’s curious how much of a personal bond these two ever really find.

Porto screened at the London Film Festival and opens on November 17.