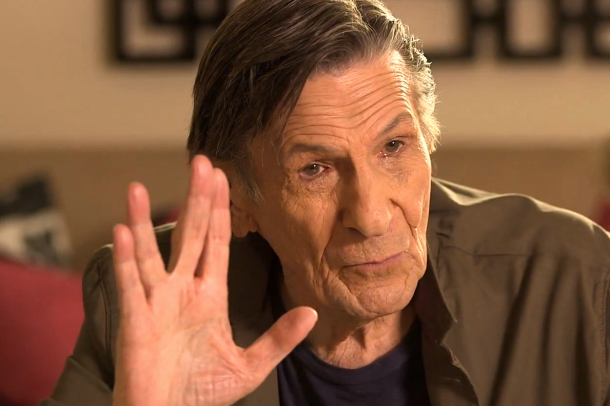 In need of snow, the cast and crew of Quentin Tarantino‘s The Hateful Eight had a ceremony to “seek aid from Ullr, an ancient Norse god, to bring snow to the San Juan Mountains,” Cortez Journal reports.

Terry goes for what he calls a “no-look look.” He doesn’t want it to be warm or cold or especially moody, or light, or anything. He wants it to look as if you were looking through a window. It just should be very natural, which actually is a lot harder to achieve than giving something a look.

Watch the late Leonard Nimoy discuss his career in a 25-minute conversation from 2013:

A single tweet on average can add $560 to a film’s opening weekend, Variety reports.

Alphaville is the New Wave grandfather of Blade Runner: a film that is at once in the past and far in the future. I’m a big Godard fan, and this is one of his great genre deconstructions: effortlessly cool and serious at the same time. Alphaville was my fourth Godard, and I saw it when I was nineteen. He’d already dismantled my mind with Pierrot le fou, Breathless, and Le petit soldat. I wish I could see those Godard films for the first time again.