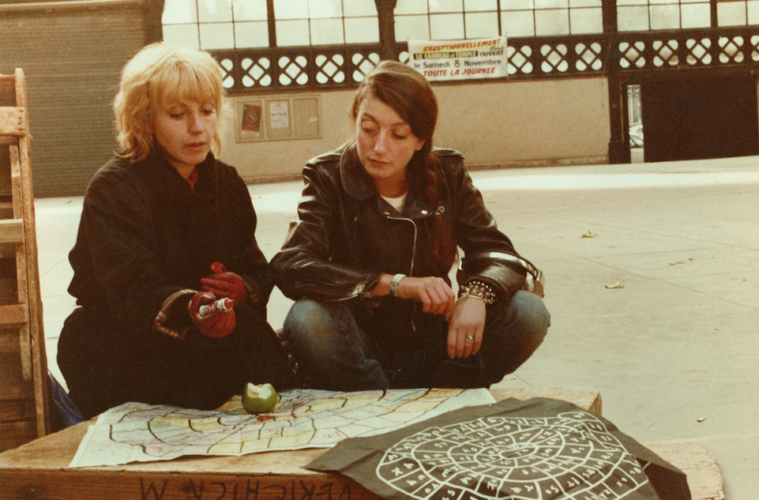 Nothing plagues curious neophytes quite like the starting point. On the one hand, it makes sense to begin your exploration with the earliest works, dipping your toes into the pool with essentially the same background as the oldest and best-ingrained of fans. The sense of discovery that this engenders — likely starting with the smaller titles, reaching epochal masterpieces, weathering whatever disappointments often go hand-in-hand with extensive oeuvres, and internalizing the canon in a way that might prove effective for honing personal comprehensions of many other artists — can be thrilling, almost like falling in love without incurring the stress, complications, and heartbreaks. That much being said, the desire to dive into those epochal masterpieces can be overwhelming. This isn’t just an individual, wonderful experience I’m talking about — it’s also an issue of learning the expert’s lingo with few hesitations.

It’d be nice if that was the dilemma U.S. cinephiles found themselves facing with Jacques Rivette, whose already considerable status as a founding father of the French New Wave is compounded only further by an extensive, legendary filmography supposedly filled with essential picture after essential picture. It just so happens that finding about 70% of them is an absolute chore. (And saying “70%” probably makes for a conservative estimate.) An unofficial retirement (sources tell us he’s been debilitated by Alzheimer’s) and ever-expanding reputation notwithstanding, much of his work remains unavailable without the assistance of multi-region players, the rare retrospective screening, or other, less-than-authorized means. There’s a lot of work to be done on that front, and it’ll probably take years before a respectable Region 1 canon is ours to hold. This week, however, Kino Lorber have taken a big step toward some (any) sort of domestic reclamation.

Not a release of Celine and Julie Go Boating, a Duelle / Noroît double-billing, a full cut of Joan the Maid, or a discs-spanning Out 1 set, but 1981’s Le Pont du Nord. Some may wonder why this, in many respects (including its slim-for-Rivette two-hour runtime) a “smaller” endeavor than any of the pictures listed above — I’ve little doubt that the experts among us could rattle off a few more titles — has been granted a preeminence on the U.S. market. For the neophyte described above, there’s the potential that it’s even been exalted to some sort of central position in representing a vast canon. But these quibbles are probably petty, yes? Those who must lower themselves to making these should soon enough (and depending on personal taste) find that they easily fall by the wayside. There’s a great film contained within this release, and, given the circumstances, I think that’s enough, but then there’s the carefully chosen material — a small selection that has the character of a glut when considered in light of said circumstances.

My own experience with Rivette has been a smidge limited, largely on account of both the starting-point conundrum and what little I could actually get my hands on with ease. (La Belle Noiseuse, Duelle, Noroît, and The Story of Marie and Julien are the only other entries that have been seen. Distribution is a bitch.) Having been alternately delighted and confused by the canon, Le Pont du Nord carries something of a revelatory quality, its own peculiarities helping me further understand the idiosyncrasies of what’s preceded and followed it. I’d now go so far as to say I wish this had come first in my own journey, which also means that the uninitiated can indeed breathe easy and finally take those first steps. Acclimation might still be required, however.

Before some attempt at a brief analysis begins, it should be stated that, when constructing a narrative for Le Pont du Nord, its scribes — Rivette, Suzanne Schiffman, and stars Bulle Ogier and Pascale Ogier — favored the incidental over the “orchestrated” (scare quotes are used because the events are [somewhat obviously] still coordinated). There’s a conspiracy at play, and these two women are caught up in it, yet macro-level narratives either takes a backseat to or, in the case of a few expository scenes, become wholly subsumed into the magic of micro-level occurrences — dialogue, gestures of the body and the camera, the atmosphere of one Paris street versus another, and whatever associations all of these might create in an individual viewer’s mind. In light of a story that’s only laid-out in the lightest of sketches — including the central role of a board game that a) uses the city of Paris as its board and b) will, to non-Parisian viewers who pay attention, make a bit of sense, but maybe not much more than a bit — associations clearly matter more than almost anything stated out-loud.

The real-life mother-daughter duo of Bulle and Pascal play, respectively, Marie and Baptiste, whose first interaction is the result of mere accident, but an accident that soon comes to feel like the sort of cosmic convergence only possible in cinema. In yet another of the film’s many convergences between truth and fiction, these mysterious characters mesh in a way only written personalities could, even as many a viewer are aware of the close ties between the performers. Fitting, then, that the conversations comprising much of Nord’s runtime boil down to Rivette indulging his love of the Ogiers — how they behave, what their personal tics can tell us about these constructs, and the possibilities of what the city might offer. Or, in more academic terms, what the booklet — specifically in its list of questions meant for the director; these were taken from old press notes — calls “moments of pure cinematographic jubilation, when the role of the actor overtakes the character and begins to assert itself.”

And, three decades after its initial reveal, Le Pont du Nord’s unwavering commitment to illustrating Paris — more or less the entire runtime is outdoors-set, the film almost always taking in this city’s multitudes: the beauty, the grime, the everyday citizens, the underground criminals, the banal, the magic, and the magic in the banal — becomes an essential element in the overall importance of Kino’s release. The first thing about this film to strike me, regardless of how seemingly small, was rather immediate in and of itself: whatever expectations build from the brightly lit, white subtitle telling us we’re about to be enter a tale set in the strange, mystical world of “October or November 1980, A Long Time Ago…” are immediately broken apart by grainy, brown-hued 16mm photography brought to vivid-as-ever-life through this disc’s transfer. (Imagine if a Star Wars movie skipped its opening crawl and smash-cut from the first title card to dirty Tatooine.) If that feeling, the sort of energy that much of the remaining two hours will run on in various, slightly modulated forms, neither makes Le Pont du Nord easier to understand on any narrative level — again: this should not be a concern; player, performance, and atmosphere trump all else — nor changes the film in much of any literal sense, it nevertheless stands as another example of what makes proper Blu-rays so vital: current formats bringing us closer to the unreachable past.

Short of suggesting there’s an entire thematic through line to this disc, I’ll just note that the two special features, Composites and Mapping Le Pont du Nord (by Gina Telaroli and Roland-François Lack, respectively), do an efficient, consistent job in collapsing past and present, as well as fiction and reality. The former takes a more abstract direction, superimposing modern-day footage shot by the artist with some of Nord’s standout moments, this juxtaposition revealing heretofore unnoticed (and minute) facets of an emotionally, narratively, and thematically complex picture. Lack’s endeavor looks at the Paris streets Rivette explored decades prior, providing some historical and social context relative to our current day — and this, I now only come to realize, puts it in league with the Dennis Lim-penned essay included in their booklet, which has the benefit of being able to look back on a complete career and proper historical record in supporting its arguments.

Budding Rivette fans will find these documents critical for grasping Le Pont du Nord’s many intricacies, the rest of which can only be accessed via enticing revisit after enticing revisit. The hope, of course, is that Kino Lorber find enough success in this outing to ensure that we soon see more worthwhile releases of the man’s work, be it on the part of themselves or another supplier. A bit optimistic, I know — and asking some excellent, perpetually busy companies to put a bit more weight on their shoulders, admittedly — but one can dream. Neophytes now have a dual opportunity: get started for yourself and help the floodgates open.