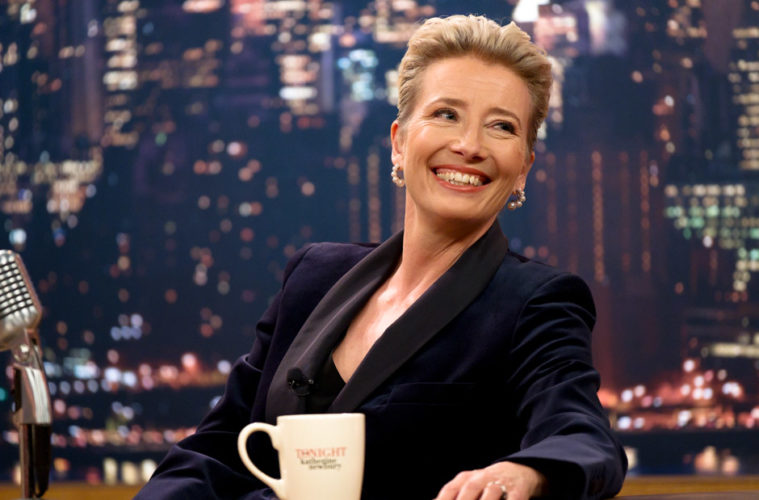 In a year of major buys at Sundance this year, Amazon reigned king with nearly $50 million worth of acquisitions. Near the top of the pack was the comedy Late Night, which they grabbed for $13 million and will be rolling out wide this June. Directed by Nisha Ganatra and written by, produced by and starring Mindy Kaling, it follows a late night talk show host (Emma Thompson) who brings on a sole female writer into her writer’s room. Ahead of the summer release, the first trailer has now landed.

Dan Mecca said in our review, “There’s a very honest and interesting look at life for women in the workplace in 2019, attacking multiple issues quite directly, whether it be diversity hiring, nepotism, topical comedy, and gender double standards. Unfortunately, the ballooning narrative loses its thread and never really recovers. Hugh Dancy emerges as a potential romantic interest for Molly before becoming a ringer for a necessary plot twist. Another thread involving Lithgow allows for a lovely scene between him and Kaling, while failing to fit into the larger scope in an organic way.”

Katherine Newbury (Emma Thompson) is a pioneer and legendary host on the late-night talk-show circuit. When she’s accused of being a “woman who hates women,” she puts affirmative action on the to-do list, and—presto!—Molly (Mindy Kaling) is hired as the one woman in Katherine’s all-male writers’ room. But Molly might be too little too late, as the formidable Katherine also faces the reality of low ratings and a network that wants to replace her. Molly, wanting to prove she’s not simply a diversity hire who’s disrupting the comfort of the brotherhood, is determined to help Katherine by revitalizing her show and career—and possibly effect even bigger change at the same time. LATE NIGHT is in theaters June 7th.