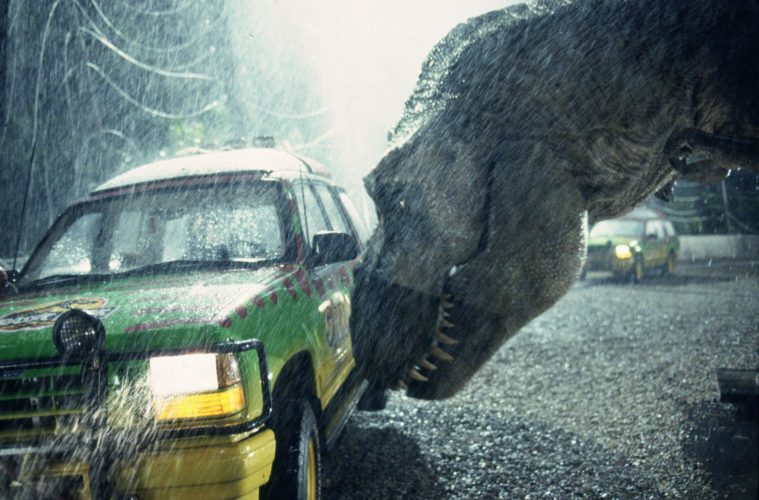 Update: Jake Johnson is confirmed to star in the film, according to an interview with Huffington Post, but Idris Elba is not. Check out the original story below.

With production kicking off shortly, we’re bound to get a real glimpse of Colin Trevorrow’s Jurassic World soon, but today brings our first preview at what the new park may look like with the debut concept art. Led by Chris Pratt, Bryce Dallas Howard, BD Wong, Vincent D’Onofrio, Irrfan Khan, Ty Simpkins, Nick Robinson, and Omar Sy, we  know the plot features a thriving new island, with a new park opened by Khan’s billionaire Patel character.

Things are obviously bound to go disastrously wrong, but before they do, illustrator Nathan Schroeder has crafted a few pieces of purported concept art for Universal, which can be seen below. While they may be from an earlier iteration of the project, one can see a futuristic-looking paradise, far removed from John Hammond’s facility. Check out the concept art below via JurassicWorld.org and NeoGAF, and let us know what you think in the comments. What do you think of the first concept art?