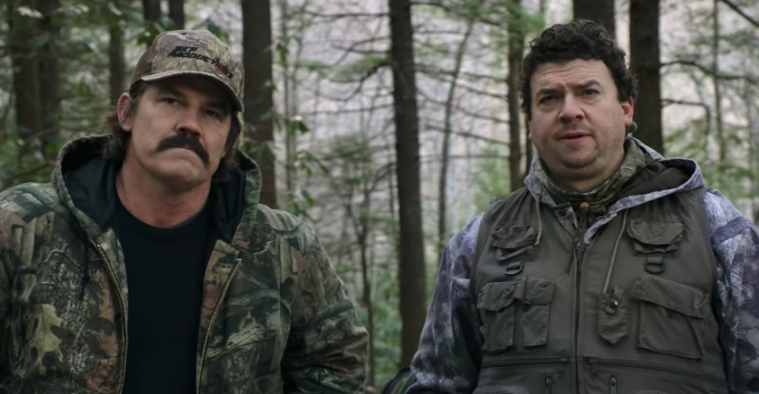 It’s not only tentpole sequels like Avengers: Infinity War, Deadpool 2, and Sicario: Day of the Soldado that Josh Brolin can be seen this summer. In addition to his three theatrical outings, Brolin will round off the summer with his Netflix comedy The Legacy of a Whitetail Deer Hunter. After opening to unenthusiastic reviews at the South by Southwest Film Festival (including our own), Netflix has now released the trailer for the film.

The story centers on Brolin’ Buck Ferguson, a deer-hunting TV personality. After Ferguson reconnects with his distant son Jaden (played by Young Sheldon’s Montana Jordan), he plans to shoot a special episode of his show that covers his son’s inaugural whitetail deer hunt. Along with their happy-go-lucky cameraman Don (played by Danny McBride), Ferguson and his son embark on an adventure that explores the forgotten importance of their father-son relationship.

Jody Hill directs The Legacy of a Whitetail Deer Hunter from his and John Carcieri’s script. The two have been career-long collaborators, best known for their work on Observe and Report (Deer Hunter marks Hill’s first feature since that brilliant dark comedy), Eastbound & Down, and Vice Principals.

Buck Ferguson (Josh Brolin), famous for hunting whitetail deer, plans a special episode of his hunting show around a bonding weekend with his estranged son, Jaden (Montana Jordan). With trusted – but hapless – cameraman and friend Don (Danny McBride) in tow, Buck sets out for what soon becomes an unexpectedly epic adventure of father-son reconnection in the great outdoors.

The Legacy of a Whitetail Deer Hunter hits Netflix on July 6.