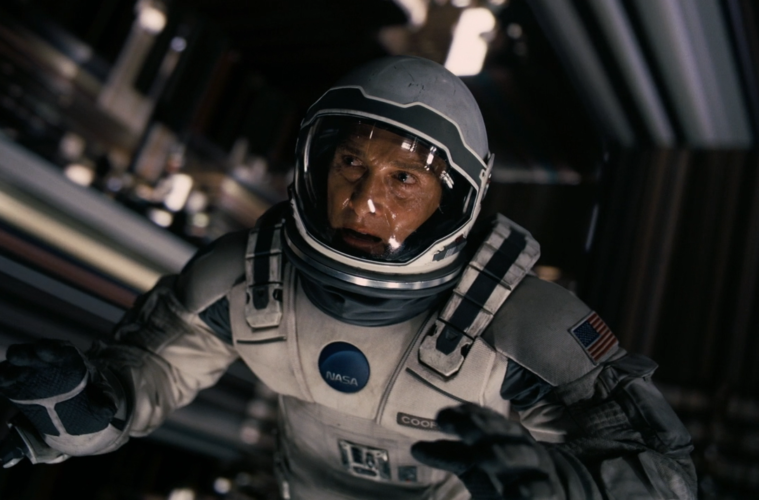 Perhaps Christopher Nolan‘s most divisive film yet, Interstellar attempted to take scientific truths and meld them with an emotional backbone that either worked for you or simply didn’t. Spoilers to follow, as the conclusion of the original iteration has now been revealed to go out on a more concise, darker note. Before the writer-director got on board, Steven Spielberg was once set to helm the project with a script from Jonathan Nolan and developed by Kip Thorne, and now we’ve learned what was in store for that ending.

Speaking at a media event for the upcoming Blu-ray release, Jonathan Nolan told a crowd (via Nerdist) that the original ending had “the Einstien-Rosen bridge [colloquially, a wormhole] collapse when Cooper tries to send the data back.” He unfortunately didn’t expand beyond that,  but this means no love-bound trip through the tesseract and time-bending communication with a younger Jessica Chastain nor an eventual reunion with her older self or Anne Hathaway‘s character.

As someone who appreciated Nolan’s ambition, but found the third act to be a bit too hokey and crowdpleasing, I might have prefer the original ending. One can see more from the original ending below via /Film, who documented the differenced between Spielberg’s version (which seems to be even different than what Jonathan Nolan recently revealed) and what we eventually saw:

Cooper finally finds a way back to Earth, now in the year 2320, two hundred years after he left. The entire planet looks barren, mother nature has begun to reclaim it as her own and snow covers the farm land. Cooper finds the remnants of his old home, and lays there completely alone. An ice storm hits and Cooper stumbles outside trying to get back to the warmth of his ship. The case of the fractal lifeforms falls to the ground and smashes, the creatures take home in the snow causing it to glow. He sees his ship and tries to make his way to it, but is unable to get there — he will die in the arctic tundra of this now desolate planet alone.

Interstellar arrives on Blu-ray on March 31st. Listen to our discussion of it here.

Would you have preferred the original ending?