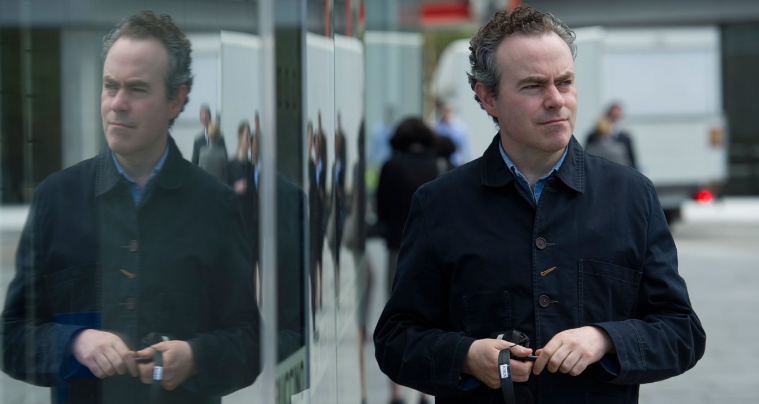 Combine the director of a beloved Best Picture nominee with a recent Pulitzer winner and you have… well, the results have yet to be seen, but Warner Bros. and Brett Ratner‘s RatPac Entertainment (what a vile name) are tapping Brooklyn helmer John Crowley for The Goldfinch, their adaptation of Donna Tartt‘s 2013 novel of loss, grief, violence, and redemption. [Deadline]

This might be the most natural choice among contemporary directors, though The Goldfinch has a much darker undertone than Crowley’s smash hit. Tartt’s epic kicks off with a terrorist attack (upon New York’s Metropolitan Museum of Art) that spares 13-year-old Theodore Decker and takes his mother, with whom he stays connected through Carel Fabritius’ eponymous painting — an item he stole from the attack’s site. That work follows him through years and years of pain, up to and including an eventual redemption.

The Goldfinch is likely to be huge in terms of scale and exposure, so expect to hear a lot more in the next, say, year-plus before its release. With a script from Tinker Tailor Soldier Spy adapter Peter Straughan to its credit, there’s reason to expect something of note.

In other directorial news, THR inform us Cartel Land director Matthew Heineman will jump to fiction filmmaking with the Charlize Theron-produced war drama Marie Colvin. In concerning the eponymous correspondent, Arash Amel‘s screenplay — adapting this Vanity Fair piece — tracks “every major conflict in the last three decades, including the Sri Lankan civil war, where she was severely injured and lost an eye; the Arab Spring; and finally the war in Syria, where she died in a rocket attack while reporting from Homs.”

It’s early days on this one, though I have to wonder if Theron (who bears some resemblance to Colvin) is angled for a very fine starring turn. However involvement shakes out, her Denver & Delilah outfit, producing with Marissa McMahon and Basil Iwanyk’s Thunder Road Pictures, is taking a right step.

And then, I’m happy to say, there’s The Man Who Killed Don Quixote. Following his Cannes conference and location-scouting, Terry Gilliam‘s possibly added a promising pair to his actor’s lineup: for whatever it’s worth, Den of Geek have noted that production company Entre Chien & Loup are listing Willem Dafoe and Stellan Skarsgård are coming aboard; just don’t ask who they’re playing. Gilliam and Tony Grisoni‘s script has apparently changed a great deal in the fifteen years since a first attempt at filming, in no small part because, per the director himself, Adam Driver has become enmeshed in Cervantes’ original text to the point of proposing (and receiving) adjustments.

Any confirmation would be nice, though news has largely come from Gilliam himself. The upside? We should know soon enough: if he gets his way, The Man Who Killed Don Quixote — with Olga Kurylenko and Michael Palin also aboard — will start shooting before year’s end and debut at Cannes in 2017.