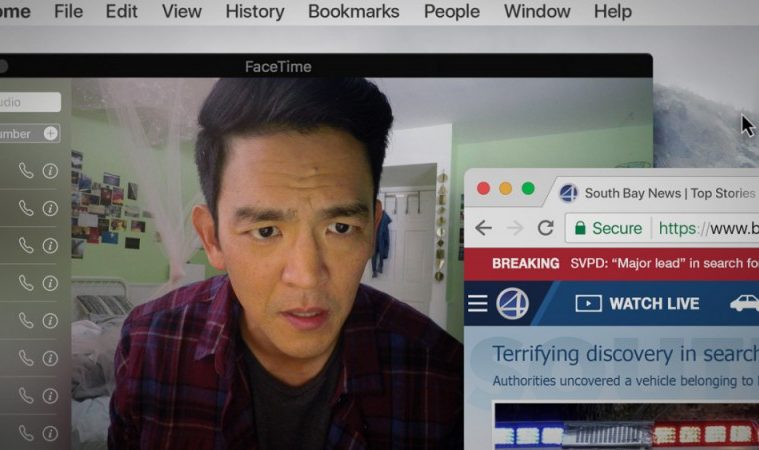 “I didn’t know her. I didn’t know my daughter.” Filled with dismay and desperation, this is the daunting realization that washes over John Cho’s David Kim in Searching. The newest mystery thriller from Sony Pictures initially premiered at this year’s Sundance Film Festival and follows David Kim in his search for Margot, his missing 16 year-old daughter. Using her laptop, David tracks Margot’s digital footprint, but as he uncovers increasingly inexplicable clues to her whereabouts, he starts to understand that things are not always what they seem to be.

Searching takes place entirely on a computer screen, an idea that was most notably explored in Blumhouse’s Unfriended in 2014, and in Noah, a 17-minute short film that was an official Short Cuts selection at the 2013 Toronto International Film Festival. Aneesh Chaganty makes his feature directorial debut with Searching, although he has a handful of writing and directing credits on short form projects. Interestingly, Chaganty’s 2014 short film Google Glass: Seeds takes place and was filmed entirely through the lens of a Google Glass, an idea relatively similar to what Chaganty showcases in Searching.

Along with John Cho, Searching stars Michelle La as Margo and Debra Messing (Will & Grace) as Detective Rosemary Vick, the officer assigned to lead the ground-search. While widely known for his role as Sulu in the Star Trek series, Cho also led Kogonada’s 2017 Sundance hit Columbus. Aneesh Chaganty directs from his and frequent collaborator Sev Ohanian’s script. This is Ohanian’s first swing at screenwriting, although he has producing credits on Fruitvale Station, Dismissed, and others.

Our own Dan Mecca caught the film at Sundance and praised its slick execution in his review: “As the style begins to wear out its welcome, the promise of a resolution and nifty twist keep things nimble. Like a well-crafted paperback, Searching never commits the cardinal sin of being boring. Chaganty does his damndest to find new ways of showing his viewers new developments in fresh, technical ways. Though it be far from perfect, the execution is worth the journey.”

Check out the trailers and poster below.