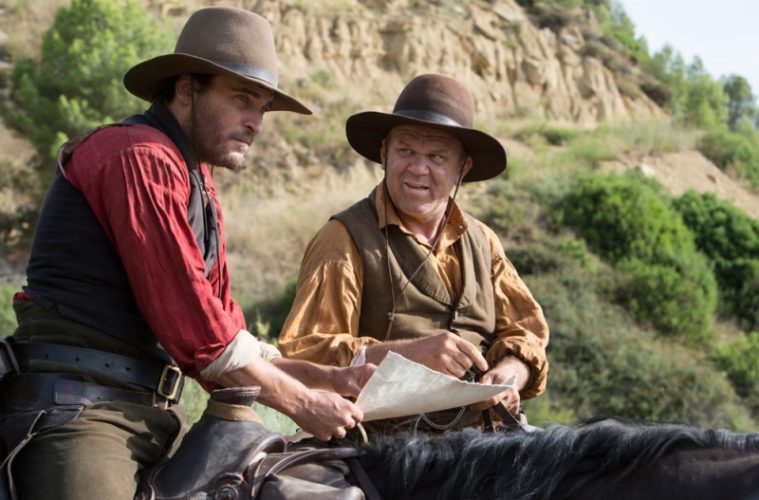 Jacques Audiard has been a mainstay at the Cannes Film Festival for some time, so we were surprised when his upcoming dark comedy-meets-neo-noir western The Sisters Brothers wasn’t part of the lineup. Fear not, though, as it will most certainly be part of the fall festival slate with its release date in France of September 19. Ahead of the debut there, the first two trailers have now arrived.

Featuring one of the year’s best casts, Joaquin Phoenix, John C. Reilly, Jake Gyllenhaal, and Riz Ahmed lead the adaptation of the novel by the same name from Patrick DeWitt. The story follows two brothers (Phoenix and Reilly) who hunt down a gold prospector (Gyllenhaal) in 1850s Oregon. Following up his Palme d’Or winner Dheepan, Audiard seems to be in entirely different, exciting territory here.

One can see a U.S. trailer courtesy of Annapurna, who will release the film later this fall, followed by the French trailer and a pair of posters.

Based on Patrick Dewitt’s acclaimed novel of the same name, follows two brothers – Eli and Charlie Sisters – who are hired to kill a prospector who has stolen from their boss. The story, a genre-hybrid with comedic elements, takes place in Oregon in 1851. The film is Jacques Audiard’s follow-up to his Palme D’Or Winning DHEEPAN, which premiered at the 2015 Cannes Film Festival.

The Sisters Brothers hits theaters in France on September 19 and the U.S. later this fall.