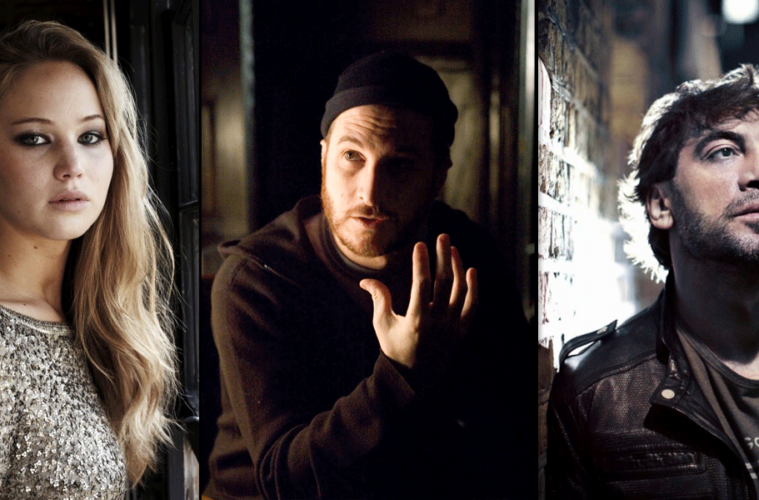 After taking on his biggest-budgeted film yet with Noah, Darren Aronofsky is getting back in business with Paramount, but this time for a smaller-scale project. Over the last few months, we got word that Jennifer Lawrence was looking to star in the project, but no details emerged beyond that — until today.

With the studio announcing to Variety they’ve picked up the still-untitled film for a 2017 release, the trade also reports that Javier Bardem is in talks to star in the drama, beating out Idris Elba (who is committed to The Dark Tower), among others. They also have the first plot details for the story which “centers on a couple whose relationship is tested when uninvited guests arrive at their home, disrupting their tranquil existence.”

With Aronofsky writing, directing and producing the feature, set to shoot this spring, it should be an interesting return to form for him. From that brief logline, one wonders if this will be one-house/one-night-type of thriller (or perhaps he was inspired by Michael Haneke for a Funny Games-esque drama?), so we look forward to the possibilities. As we await more details, watch the director’s recent 30-minute talk with Alejandro González Iñárritu for The Revenant.

What do you think of the cast and first plot details?