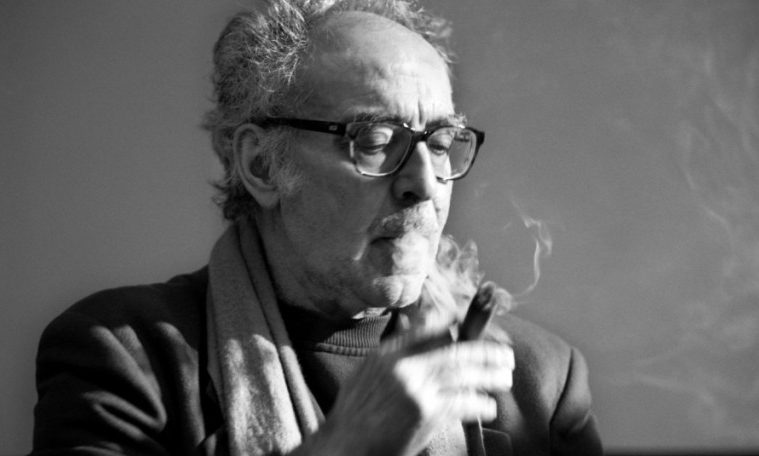 As I type these words, a new Jean-Luc Godard film is minutes from premiering at the 71st Cannes Film Festival. General excitement around Le livre d’image (or just The Image Book) does not come close to equaling Goodbye to Language, but the prospect of a montage-based study of the Middle East that incorporates everything from Shakespeare to Michael Bay is, for me, immense. Godard must feel similarly about its possible paths, given news from collaborator Fabrice Aragno — whose ingenuity played as big a part as its director in bringing Goodbye to Language alive — that the film will be turned into an exhibit in New York, Paris, Madrid, and Singapore, courtesy production partners Casa Azul and Ecran Noir. [Variety]

Spread between 500 and 600 square meters, it “will break down the images of Godard’s film to deliver an interactive experience” described by Aragno as “a forest of images and sounds” not, in bold words, unlike Picasso’s Guernica. (The difference being that Picasso had one period in mind, but Godard considers 200 years of history up through today, so take that, Picasso, you dumb idiot.) Paris’ exhibition will be held at the Beaubourg or Arte Reina Sofía, Singapore’s in the National Gallery, others to be determined.

And here’s something fun: Godard is back to acting! Livre producer Mitra Farahani (who also directed the well-regarded Fifi Howls from Happiness) has roped him in for A Vendredi Robinson, which follows “a correspondence between Godard and Ebrahim Golestan, the Iranian filmmaker and literary figure.”