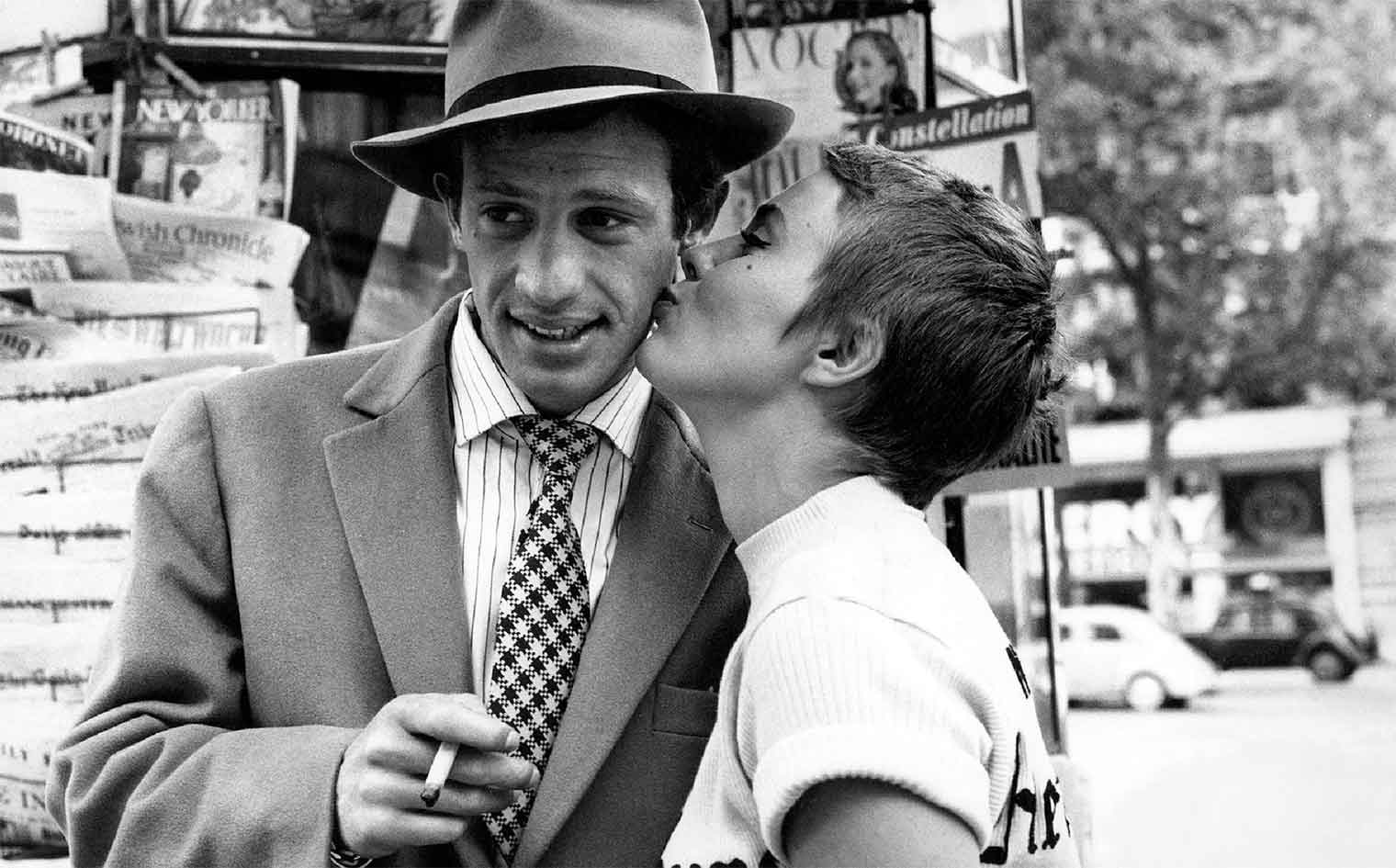 While Agnès Varda’s La Pointe Courte (made in 1955 and shown a few years later) may have been the film to launch the French New Wave, it exploded with Jean-Luc Godard’s 1960 Breathless, written by fellow New Wave auteur François Truffaut, stunningly shot by Raoul Coutard, and starring Jean-Paul Belmondo and Jean Seberg. StudioCanal has now beautifully restored the original print in 4K resolution just in time for the 60th anniversary. In the U.K., the film will be released on a 4K UHD Collector’s Edition with 12’’ Vinyl as well as DVD, Blu-ray, and digital on November 9th––and now we have a new trailer and poster.

In his riff on American film noir, Breathless film conveys the trajectory of small-time crook Michel Poiccard (Belmondo) who finds himself on the run after stealing a car and murdering a police officer in cold blood. Reuniting with his former girlfriend, American journalism student Patricia Franchini (Seberg), Michel believes he can escape with her to Italy, not realizing that she may not be as interested in evading the law as he is.

Renowned critic Roger Ebert, in his Great Movies essay, postulates its influence in cinematic history, saying, “Modern movies begin here, with Jean-Luc Godard’s Breathless in 1960. No debut film since Citizen Kane in 1942 has been as influential…what is most revolutionary about the movie is its headlong pacing, its cool detachment, its dismissal of authority, and the way its narcissistic young heroes are obsessed with themselves and oblivious to the larger society.”

The new restoration of Breathless arrives on November 9 in the U.K.