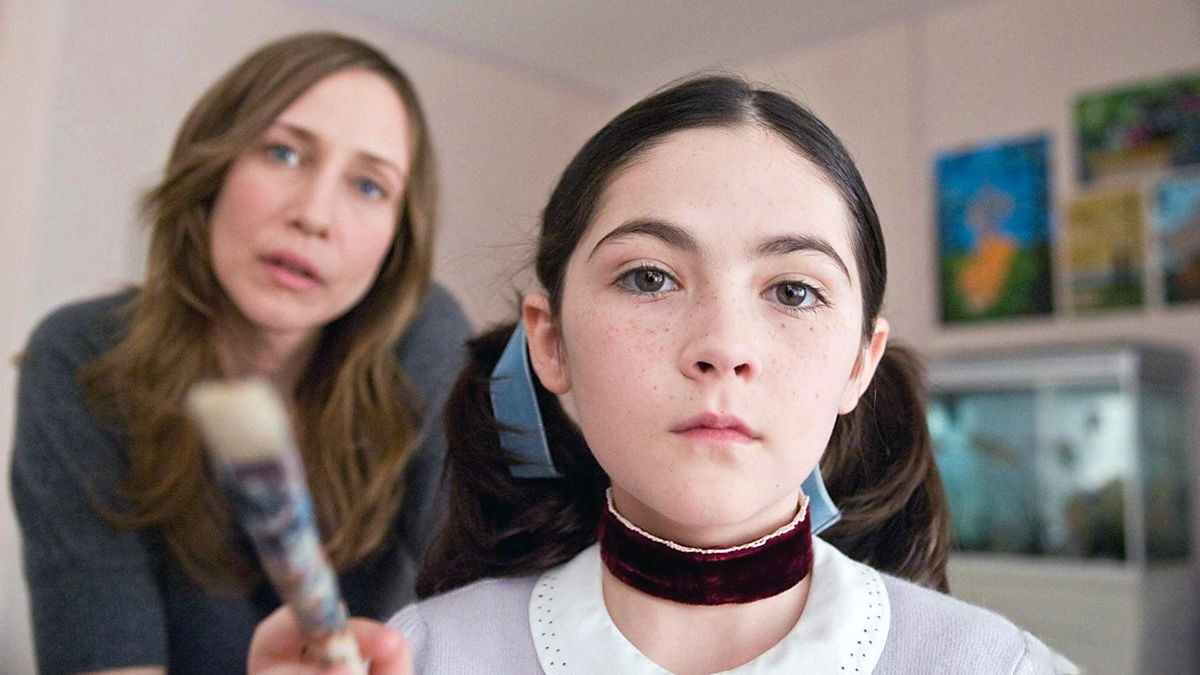 While the last decade that Jaume Collet-Serra excelled in providing a genuine Hitchcockian vision to B-movie concepts, it was 2009’s Orphan that served as a notable breakout. Telling the story of a couple who adopts a nine-year-old girl harboring secrets of her own, it was a stellar showcase for the director to flex his psychological horror muscles. Now, over a decade later, a prequel is moving forward.

Sadly, Collet-Serra will not be returning to the director’s chair, giving the reins to William Brent Bell (The Boy, The Devil Inside). However, star Isabelle Fuhrman––who is now 23––will be returning to the role of Esther, Deadline reports. One may wonder how Fuhrman will be embodying the role of someone younger than nine, and it’s reported that the production, which is now underway in Winnipeg, will be utilizing “forced perspective shooting and a world-class makeup team.”

Titled Orphan: First Kill, David Coggeshall and Leena Klammer’s script follows our lead character as she orchestrates a brilliant escape from an Estonian psychiatric facility and travels to America by impersonating the missing daughter of a wealthy family. But Leena’s new life as “Esther” comes with an unexpected wrinkle and pits her against a mother who will protect her family at any cost.

Though the original director isn’t returning, we’re curious just how those involved can pull this off, and we’d expect it could arrive later next year. Meanwhile, Collet-Serra’s next project, Jungle Cruise, has been delayed to July 30, 2021 by Disney.