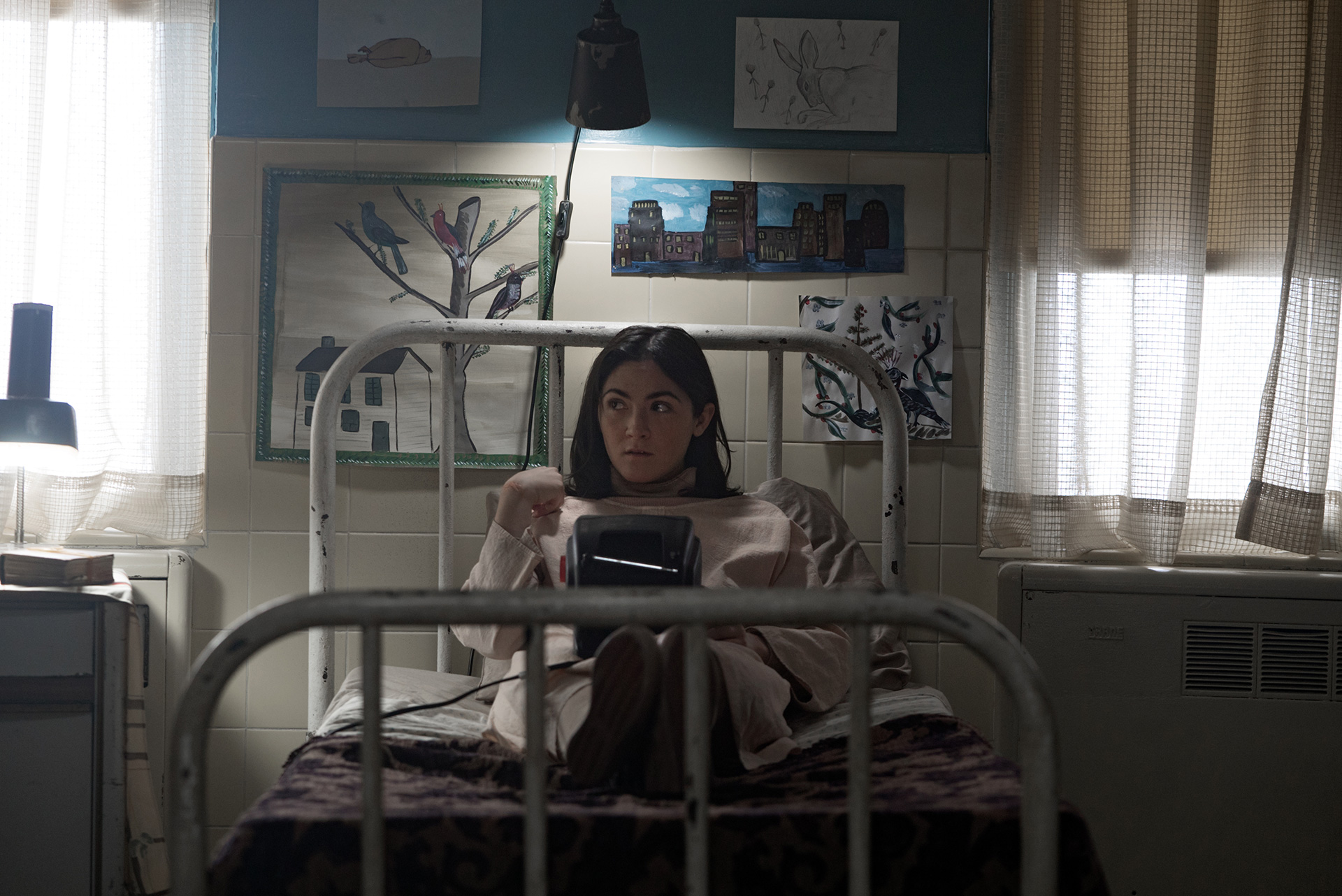 Screenwriters Alex Mace and David Leslie Johnson-McGoldrick gave their character Leena Klammer, aka Esther Albright, a complete back story at the end of Jaume Collet-Serra’s Orphan. A victim of a rare hormone disorder known as hypopituitarism, causing proportional dwarfism, had made it so this 33-year-old woman looked as though she were only nine. The condition obviously prevented her from being seen as a mature adult; thus she used it to her manipulative advantage. What began as thieving, however, eventually escalated to murder once her desire to sleep with her adopted “fathers” reinforced that finding love, while unquestionably difficult, proved impossible when her targets initially believed themselves to be her dad. At least seven people were left dead in her wake alongside their homes’ charred remains.

It’s a fascinating, dark origin tale for a troubled villain who terrorized an unsuspecting family facing their own trauma. Enough to warrant a prequel diving into her experience with hypopituitarism? Sure. The problem, of course, is that the character was played by a child (Isabelle Fuhrman was ten at the time of production). So there’s two options: start production right away, before she gets too old to play the part, or recast. Dark Castle decided to do neither. Not only did they wait over a decade, but they also brought a 23-year-old Fuhrman back—handcuffing themselves into needing to use body doubles and forced perspective. That’s a lot of hoops to jump for expanding upon a film that earned less than 80 million dollars.

Give director William Brent Bell some credit: he does his best to make it appear Fuhrman is a child opposite her castmates, no matter the circumstances. Even so, Orphan: First Kill is hardly an attractive film in turn. The number of cuts needed to keep scale and propulsion in-tandem while ensuring we see Esther’s face as often as possible creates a lot of wonky action. Add that most of film seems vignetted with fog and the production value plummets to soap-opera quality (I legitimately thought my television had somehow reverted motion-smoothing back on). Any success is thus hinged upon David Coggeshall’s script. How will he turn an established chronological history into something worthy of our time?

The answer: ignore it. Rather than use what we already know, he and the team of Mace and Johnson-McGoldrick (who hold story and production credits) decide to flesh out a gap. While choosing not to face Esther’s time with the Sullivans is understandable—we already know how that ends; they were the family who mysterious died in a fire before she was adopted in Orphan—I do wish they made their new plot fit a bit more plausibly with it. Because Esther doesn’t come to America as a Russian citizen. She comes as the missing-for-four-years wealthy American daughter of Tricia (Julia Stiles) and Allen Albright (Rossif Sutherland). Regardless of their mutual story’s end, that’s a juicy enough detail for Sister Abigail to have known.

Who cares? Right? It’s a silly horror film with a wild revelation that gives it more notoriety than it perhaps deserves. The problem, though, is that Orphan was effective on its own merits before that twist arrived. It played everything earnestly, in turn allowing Esther to be an insanely creepy villain. We’re talking a nine-year-old manipulating her adoptive siblings to cover-up murder, seducing her cheating adoptive father, and psychologically tormenting her adoptive mother all the while. The twist merely contextualizes the discomfort that we already felt—something that can’t be repeated in First Kill when we know the truth. It therefore makes sense to dig deeper. Use this chapter to show and tell us why Esther became a monster. Sadly, they don’t do that either.

This isn’t her “first kill” at all. The opening sees Leena breaking out of the Saarne Institute; she had already killed an Estonian family to be committed there. She isn’t even young enough to make her psychology any different from the original film. It’s 2007, Leena is 31 instead of 33. This is all old-hat for her. She’s ready to make the jump to the United States to wreak more havoc—and maybe find someone to love her for real, not pedophilic desire. The only difference our knowing about the hypopituitarism supplies is that the filmmakers can also let other characters onscreen know too. And what does that allow them? The opportunity to fill their script with never-ending ableist slurs.

What’s their narrative point if she’s already a killer? None beyond the portrayal of gleeful abuse. It’s one thing for Leena to be late-teens, early-20s trying to be treated like an adult and getting that thrown her way. Then it can push her to a breaking point rather than just reinforce the reality that humanity is ugly. That choice would inevitably make this another humanizing portrait of evil—and thus unnecessary for different reasons—but not making it means no one onscreen is redeemable enough to care about surviving to the end. Bell and Coggeshall try leaning into that fact with a twist of their own that I admittedly was not expecting, but the surprise wears off quick to simply reveal a generic “Spy vs. Spy” scenario.

So First Kill is neither set far enough in the past nor populated with enough characters to care about; relevancy becomes an issue. It’s practically the exact same movie but flipped in a way that renders it inconsequential to Esther’s mythology, despite any initial intrigue. The big lesson is that rich white people can be as horrible as homicidal maniacs—almost as if the studio thought they made a mistake casting Orphan‘s victims as rich white people with first-world secrets (alcoholism and infidelity) and wanted to make amends by going big. Is it enough to offset Esther’s criminality? No. Does it teach her how to better dupe future families? No. (Although she does learn how to paint with blacklight.) It’s empty horror barely skating by on recognizable IP.