The Novice Review: Isabelle Fuhrman Goes Through the Psychological Wringer in Intense Drama 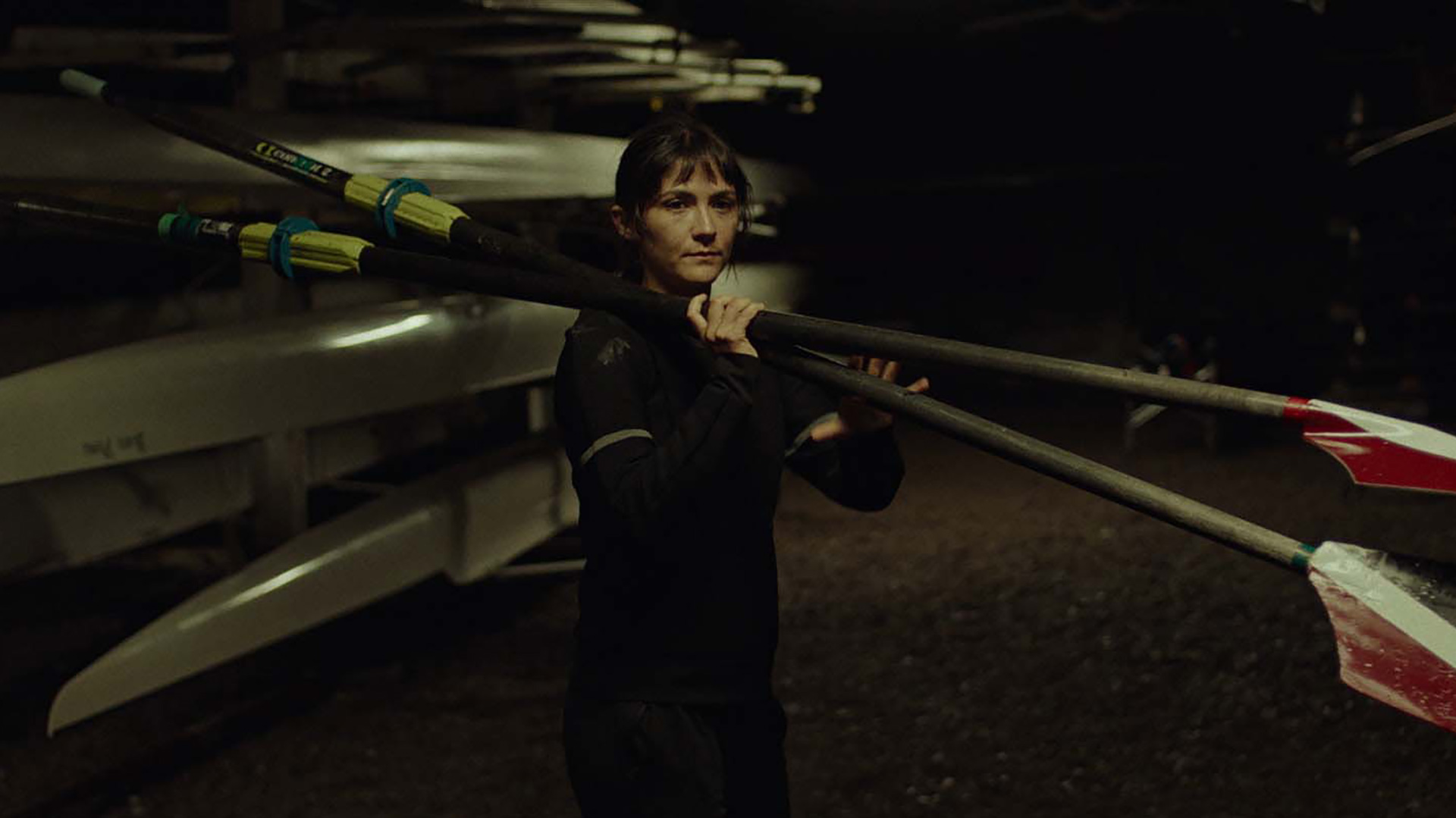 There’s a difference between being the best and being the hardest worker. If you’re the best, you don’t always need to work. It’s natural. Alex Dall (Isabelle Fuhrman) describes the phenomenon perfectly about midway through Lauren Hadaway’s feature debut The Novice while shooting pool with potential love interest Dani (Dilone). She explains how she’s driven to beat the best rather than be the best. How she’s accepted the idea that she’ll always have to struggle and she’ll never achieve the pinnacle of whatever career, hobby, or sport she chooses. If she can beat the person who does, however, it will all be worth it. Alex will fight, fail, and kill herself to reach the top regardless of it lasting but an instant. It’s her compulsion.

This film is Hadaway’s catharsis. She admits in her director’s statement that she was Alex. She walked onto the novice team of her college’s rowing program and found herself descending into strategies, workouts, and everything else to prove herself worthy of being in the room even if her body was telling her to stop. She talks about having grit rather than talent. About how an ex-teammate later told her that everyone thought she was psychotic back then because of how far she would push herself for what some of them probably believed was nothing. Hadaway wasn’t going to lead them to medals. She wasn’t going to make the Olympics. But she sure wasn’t going to give anyone the satisfaction of saying she didn’t belong. The challenge was everything.

And she’s right when explaining how The Novice is different than Black Swan or Whiplash. The leads there had passionate drive for the craft itself. They strove to be the best even if it destroyed them. Alex isn’t that person. She’s at this school on a full-ride scholarship yet picked her worst subject—physics—to be her major. She forces Dani (her first semester TA) to stay an hour after everyone finished their tests because she must go through her own three-to-four times before feeling comfortable enough that she can earn a C. Why does Alex run to the novice meeting? Not because she likes the sport, but because it’s a sport that provides the opportunity to prove something. There’s a victory for her to steal.

Coach Pete (Jonathan Cherry) barely remembers her name. Coach Edwards (Kate Drummond) can’t be bothered to care. The varsity coxswain (Charlotte Ubben’s Erin) is the only person who acknowledges Alex’s presence beyond fellow freshman Jamie Brill (Amy Forsyth), and she tells her straight off that she’s just not built to compete for the top boat. What Erin doesn’t know, however, is that telling her such will only embolden the teen to push even harder. Mention there’s a race judging technique over strength and Alex will devote every waking second of her day to pursuing that competition instead. And since Brill—who does want to be the best and earn a scholarship to afford tuition—is better in all facets besides grit, her target is set.

Hadaway leans on her own lived experiences to put Alex through the psychological wringer with a sport that seems so tame from an outsider’s perspective. Between her constant use of pulse-pounding visual montages with in-close cinematography and Alex Weston’s anxiety-inducing score, her character’s trajectory moves straight towards oblivion. The white lies to mom transform into her just declining phone calls altogether. The desire to stay late during class switches to waking up early for extra rowing practice at 5:00 a.m. And the closer she gets to success, the more high-strung she becomes—cutting off the people she loves, ignoring gnarly injuries, and resorting to literal cutting as a means of self-harm. Pressure can push us to be better, but it can also become our ruin if left completely unchecked.

The result has us constantly feeling like an unimaginable tragedy is approaching. Alex is caught catching a crab (fumbling her oar and creating an injury), passing out from exhaustion, losing bladder control, and being looked upon as a freak whenever her quiet demeanor changes on a dime by the sound of the word “record.” That word is her catnip. She knows she cannot consistently beat the other girls, but she can work towards readying herself to be the best at that one event that’s coming up. Tests in class push her to overextend her mental energy and competitions on the water do the same physically. Need endurance for this one? Extra cardio. Need consistency? Extra reps on the boat. Need strength? Extra weights. Every challenge has its regimen.

What starts as a mutually beneficial rivalry with Brill soon turns personal. How can it not when you pit two cutthroat athletes on a collision course towards a single goal? They implicitly lie to each other to jockey for position and sometimes explicitly work to undermine the other when feeling betrayed. There’s a great scene with Erin telling Alex she must pick her fights better because sometimes accepting defeat today is the only way to earn victory tomorrow. In every inspirational sports movie, that would be the turning point where the lead has their epiphany and learns what it means to be a teammate. This isn’t that movie. Alex isn’t built to play nice. She’s built to fight within an inch of her life.

Fuhrman is fantastic. Her frustration and determination are scary on their own, so coupling her performance with Hadaway’s stylistically sensory choices (The Novice was made for a big screen and loud sound) only makes it more intense an experience. This is a war of attrition that holds nothing back en route to reminding us we’re always our own worst enemy. That mirror in the rowing room that says “Look at your competition” isn’t a joke. It’s real. Alex sees the women in front of her as obstacles and refuses to let herself back down from the opportunity to take them out one at a time. Not to gloat. Not to show the world. Just to know she won. They can have it back afterwards. Another challenge awaits.

The Novice hits limited release and VOD on December 17.