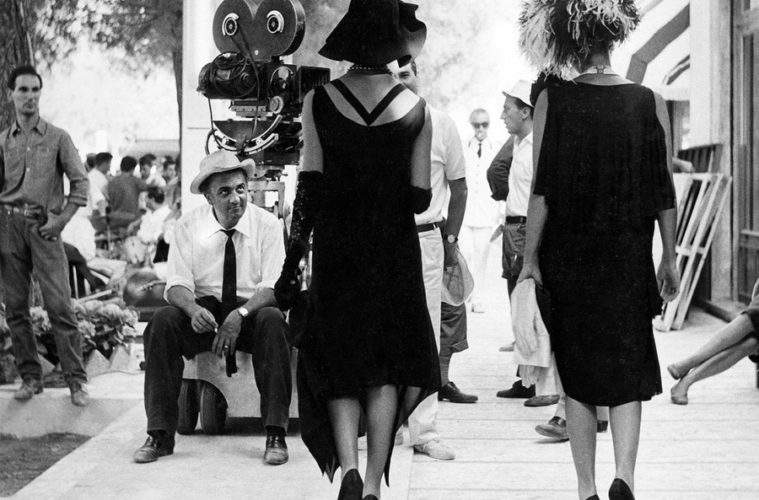 Listen to James Gray discuss his career and Federico Fellini‘s Nights of Cabiria on The Cinephiliacs.

Jafar Panahi’s must-see Taxi will be released on October 2nd by Kino Lorber. Our review and more.

The New York Times‘ A.O. Scott and Manohla Dargis question if feminism has conquered Hollywood or if Hollywood co-opted feminism:

Has feminism conquered Hollywood? Has Hollywood co-opted feminism? Some recent female-driven hits and some vocal critics suggest that the entertainment industry’s status quo is under attack, at least in some quarters. While the Sony hacking scandal last year revealed what certain power players really think about women, more and more women and men in the industry — from Kathryn Bigelow to Mark Ruffalo and Margaret Cho — are speaking out against discrimination. Whether emboldened by the hacking, by exasperated fans, media attention, legal threats or just one another, these critics — and the box office — may signal that real change is upon us, even during that seasonal playground for boys and men called summer.

That I’m able to write these words as a working documentary filmmaker already speaks to the broad and overwhelming impact of what Steve James, Frederick Marx and Peter Gilbert pulled off in 1994 with Hoop Dreams. Their film uncovered the dynamic storytelling and commercial possibilities of narrative nonfiction and remains vastly influential in how we conceive of, create and distribute documentary films. Still, twenty years after the movie surprisingly broke through at Sundance and changed the game, how does it hold up? Hoop Dreams has been minted and reminted as an essential touchstone and called one of the greatest sports films ever made, but does it remain a vital work of cinema?