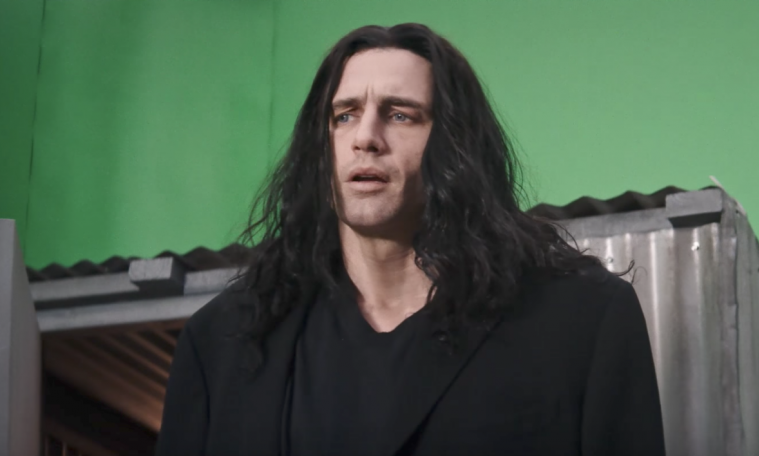 Filmmaker, actor and underwear designer Tommy Wiseau became something of a cult phenomenon when he released his baffling 2003 film The Room. A poorly made, bizarrely acted melodrama, Wiseau’s Room would go on to achieve midnight movie status — the type of so-bad-it’s-good film that grows through word of mouth via the incredulous viewers who happen to witness it.

Now the story of how Wiseau made The Room is a film itself in James Franco’s The Disaster Artist. The making-of The Room tale is seen through the eyes of Greg Sestero (Dave Franco), who served as a line producer on the film and played Mark, of “oh, hi Mark” fame. Director James Franco also plays Wiseau, adopting the filmmaker’s trademark accent and aloofness to eerie perfection.

Watch the first teaser below, which depicts just one scenes — or rather, a lot of one scene:

A delightful tribute to the joy and madness of making movies, The Disaster Artist follows the outrageous adventures of eccentric filmmaker Tommy Wiseau and his best friend, actor Greg Sestero. These two endearing misfits move to L.A. and try to live the Hollywood dream by making their very own feature film, but end up embarking on a wildly unpredictable and hilariously unforgettable production. Leading to one of the most infamous, bizarre, and beloved midnight movies of all time, The Room.

A24 will release The Disaster Artist on December 1.