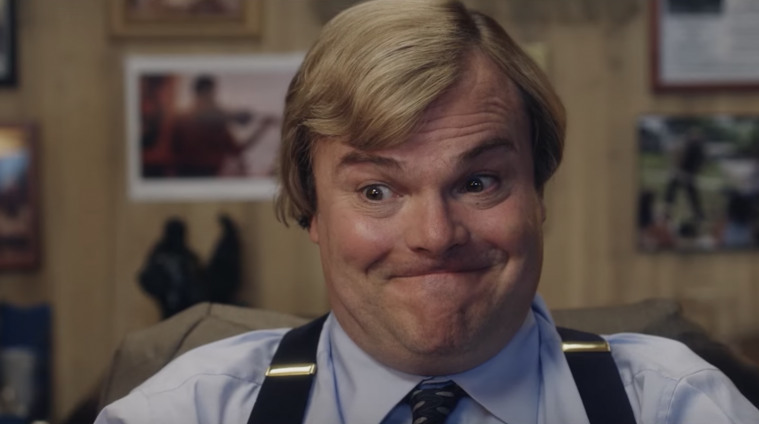 Regardless of the quality of the final project, Jack Black and his boundless energy is often the best part of any film he’s a part of. This can be said of the upcoming Jumanji sequel as well as a film he brought to last year’s Sundance Film Festival, The Polka King. Written and directed by Maya Forbes and Wallace Wolodarsky (also responsible for Infinitely Polar Bear), the film tells the true story of Jan Lewan, famed Polish polka singer and Ponzi scheme scammer in Pennsylvania. Based out of a novelty store in Hazleton, Jan wraps himself up in the American Dream. Playing everything from weddings to county fairs and other senior citizen-heavy venues, his polka fanbase grows as he continues to expand the number of band members, much to the chagrin of friend and band clarinetist Mickey (Jason Schwartzman).

Ahead of a Netflix release in January, the first trailer has now arrived for the film also starring Jenny Slate, Jacki Weaver and J.B. Smoove. “The film is at its best when showcasing Jan’s ultimate dilemma: a desire to succeed and make everybody happy,” we said in our review. “It’s a noble notion, even in its worst moments. Unfortunately, we never get to really know the people in his life. Forbes and Wolodarsky are clearly fascinated by this character and all of his sins, but not those he sinned against.”