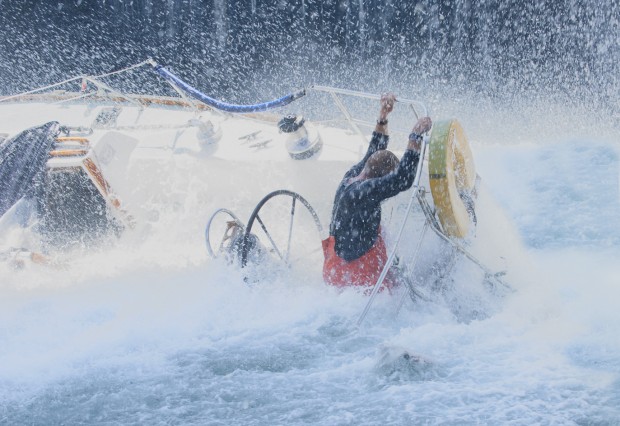 J.C. Chandor’s ‘Margin Call’ Follow-Up ‘All Is Lost’ To Be Dialogue-Free With the Sundance Film Festival kicking off, we’re bound to hear a lot about festival-head Robert Redford over the span of the next ten days (Jeff Wells‘s insane tweet from earlier today is an off-center example), though it’s unlikely that any of those announcements will carry as much intrigue as this one. When we got our first look (pictured above) at Redford in J.C. Chandor‘s Margin Call follow-up All Is Lost, it was clear that Chandor would be stepping into new atmospheric territory with the film, but in today’s opening press conference for the festival, Redford upped the ante even further by saying that the film has “no dialogue.”

To my mind, this really confirms All Is Lost to be one of the more fascinating sophomore features of recent years. As most people were, I was a fan of Margin Call when I saw it in theaters, mostly because of the world-class cast (Paul Bettany, Jeremy Irons, Kevin Spacey, etc.) and the snappy financial-speak dialogue. Though the film was certainly handled with skill and economy by Chandor, it didn’t necessarily strike me as something of any extreme directorial urgency. But this early agenda that’s beginning form around All Is Lost — which has already finished shooting, by the way — is quite interesting.

Tracking a man “who gets lost at sea and must battle the treacherous elements to stay alive,” All Is Lost sounds like a complete rebuttal of the things that allowed Margin Call to stick a landing with the mainstream (it was even well-liked enough to earn Chandor an impressive Oscar nomination for Best Original Screenplay). That he’s moving so extremely away from the things that proved successful the first time around shows a real hunger and a sense of daring that didn’t jump out at me in Margin Call. For these reasons, let’s hope that we start hearing some information about a theatrical release for All Is Lost as soon as possible. [The Playlist]

Does this announcement from Redford increase your excitement as much as it has mine?