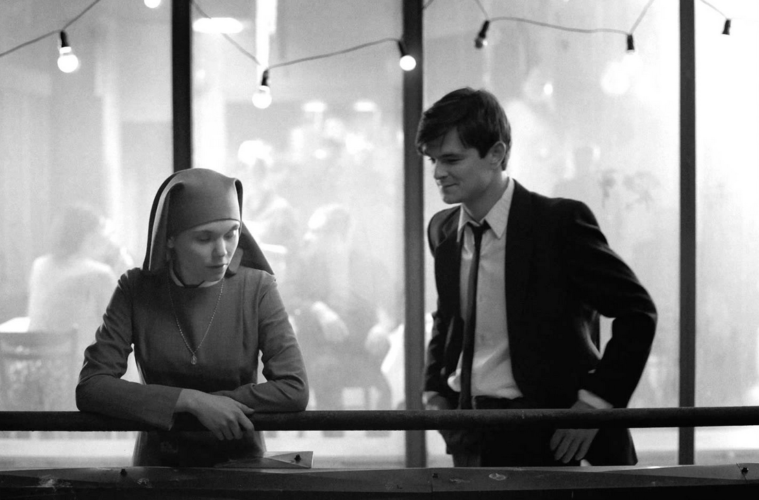 First debuting over a year ago at Telluride Film Festival, Pawel Pawlikowski has been on quite a journey when it comes to his restrained, gorgeous Polish drama Ida. I managed to catch up with the drama, which follows a soon-to-be nun that visits her aunt and uncovers a dark past, at Sundance and since then it enjoyed a successful U.S. theatrical run and has recently been nominated by Poland as the country’s official Oscar submission.

In conjunction with its Blu-ray and VOD release, I had the chance to speak with the writer-director who is in the middle of developing his next project. We discussed the reception in different countries, his technical approach, his favorite festival films this year, being selected to contend for the Oscars, what’s next, and much more. Check out the full conversation below.

The Film Stage: Congrats on the movie. It’s been quite a success here in America. It’s made over $3.5 million, which is quite impressive for an independent, foreign film like this. Why do you think U.S. audiences have connected with the film so much?

Pawel Pawlikowski: Yeah, it’s a mystery. I have no idea. [Both laugh.] I’m trying to flatter myself that it’s a good film, but… I don’t know. It’s unlike other films, maybe. It deals with big things and it has an interesting form, perhaps it has something to do with the content. I don’t know. Maybe people are starved for something that isn’t very noisy that allows them to contemplate and actually talks about big things, things like faith, identity, history, individual paradoxes of the human soul. I don’t know. It’s taken me by surprise. [Laughs.] In France, it did incredibly well, but France has a cinephile culture. When they take to a film, they really take to it. I mean, 600,00 people saw it in France. The most popular Polish film ever in France.

You’ve been touring this film around the world for the last year. Is there any places where the reaction has surprised you in certain ways? Have different countries got something different out of it?

Well, I’ve noticed in countries where histories still grow within human memory, like Korea for example or Colombia, which had a war not so long ago, and even Spain with the echoes of the Civil War with high body count and families turning against families. I think countries with histories like that the film had a deeply powerful impact. The nice thing is that it was sort of appreciated in different countries who often don’t know anything about Polish history and yet they get something from it, which made me realize there might be something universal about the film.

Getting to the technical aspects of the film — which, aside from the actual story, it’s just a stunning film to watch, every frame is just perfect — can you talk about choosing the black-and-white aesthetic and the aspect ratio?

It was a mixture of things, of reasons. It was just an intuition to start with. It just felt like that world I remember as a small kid in the 60’s, but I can’t remember it that well. I imagine it in black and white. Probably, more importantly, it was to make a film that’s not entirely realistic. I mean, reality is in color. A film that’s a little abstract, timeless and more of a meditation than a story. Black and white helped me with that, switching the world to black, white, and grey. The aspect ratio was kind of like a useful imitation. There’s also no handheld or tracks, apart from the last two tracks. So I wanted to limit the field of vision and information and to make people watch it in a different state of mind, to contemplate rather than follow a gripping story — hopefully it is quite gripping, too — but I wanted to give the audiences a certain state and it helped me to do it in black and white.

There’s definitely a timeless quality to it. I think as people discover it in the years to come, it could easily seem like it’s a movie from the 60’s or 70’s. Is it important to have that timeless quality? It’s talking about a specific event, but it feels like a journey that will be repeated through history.

Yeah, that definitely was my intuition, my idea, not to make a film that kind of explains stuff in a superficial way. I wanted to make something timeless, but I when it comes to being from the 60’s, I’m thinking, “Which film?” But definitely the great masters like Dreyer and Bergman and Bresson and Godard [had an influence], so I think there are echoes of those. I watched it recently and I realized it’s also nothing like them.

Like you said at the beginning, we’re kind of starved for movies that have this kind of aesthetic approach. Just the fact that a lot of the scenes are one take and a lot of movies nowadays just try to get as much coverage as possible and find the movie in the editing room.

Yes, they don’t trust the emotion in the situation. They have to get it handheld or put music on it just to make sure people get it, or have dialogue where people talk about what they feel or what they think. It’s a lack of confidence in the material.

With a lot of one-takes, is it something you heavily plan for with storyboarding or is it mostly found on set?

Well, I took photographs of locations but the idea from the beginning was that it was mainly from one angle. Not all of it, but as much as possible. There’s no coverage. There’s just one position and hopefully everything happens in this one shot — the relations between the actors, the body language, we don’t have to cut it out if the performance is good. The advantage of shooting mainly everything from one angle was you could really work that scene and one shot. You didn’t have to waste time rearranging lights and getting in focus. You can just set up and then work, and then work, and then work it. Reframe if you need to a little bit, work again and sometimes on take 19 and some magic occurs and it’s great. It’s kind of like working in laboratory conditions. There’s a certain electricity on the sets that you can’t cut your way out of. It really has to happen in a certain rhythm on screen. That concentration, that electricity is very good and I think it translates on screen as well. Someone might have pre-conceived notions going into this — with the themes it’s dealing with and being a Polish black-and-white film — and be surprised it’s only 80 minutes. Even with that it feels like a complete journey. Did you know going in that it would be less than an hour-and-a-half or when you were editing did you find that?

Yes, the original script was like 64 pages and I reduced it even further. So I knew it wouldn’t be very long, but my films are typically quite distilled. I have the tendency to try and avoid things that are loose and filler and distill things in strong-themed shots and moments. A lot happens in the gaps and you have to fill in the gaps in between shots and even what happens out of frame. You have to image the rest. I think that’s my idea of how it should work, art in general. You suggest the most by showing the least. Which doesn’t mean that I don’t live big, sprawling movies either, but I just don’t do it. I love Fellini films which go on and on. [Laughs.] That’s a different temperament and my temperament is to always distill things. In literature, I was always more interested in poetry than long novels.

You’ve taken this film to many festivals. When you do that do you have time to watch other films and do you have any favorites?

Yeah, I’m always looking out for films that will inspire and restore one’s faith in cinema. This year I saw some really powerful films. There’s a Russian film Leviathan and this was a few years ago, but Once Upon a Time in Anatolia is a fantastic film.

Yeah, I haven’t seen, but I’m looking forward to it. He’s somebody who has something to say and a particular way to say it, which is great. I saw a very strange Ukrainian film which is called The Tribe. Have you seen?

There’s always something. Every year there’s like three great films. La grande bellezza [The Great Beauty] was great. It’s a very seductive film. Again, nothing to do with my film, but it’s brilliant. That’s great. Can you talk about that honor because this is your first time returning to Poland to film a movie?

Yeah, that’s quite amazing. And it’s not going to be my last Polish film because I feel like I’m in the right place and in the right territory to be making films. It’s quite amazing. I don’t know, on the one hand it surprised me because it’s not exactly an Oscar kind of film. While I was making it, nothing could be further from my mind that it might be nominated by Poland for the Oscars. Then again, it’s done surprisingly well with audiences in France and all over, like 60 countries. The states, too. Put two and two together, but it definitely took me by surprise. I would never dream it could happen.

Well, congrats. Just wrapping up, it’s been a year since this premiered at Telluride. What projects have you been developing since then?

Yeah, I’m always developing and writing — usually three at the same time, just not to get crazy and get bogged down with one in the writing state. One of them is kind of emerging so I hope to be shooting a film next summer.

Does it have this aesthetic approach or is it more like your previous film?

It’s also distilled and focused, but it sprawls over more years. It spans 20 years and three different countries. But the same method, definitely, will apply. Not filling in all the gaps and focusing on the strong moments and scenes and performances and shots rather then dotting i’s and crossing t’s and that sort of story. I’ll definitely continue in the same direction formally.

Congrats and best of luck with that project and Ida‘s continue success and thank you for talking with me.

Thank you very much, take care. Ida is now available on Blu-ray and VOD.