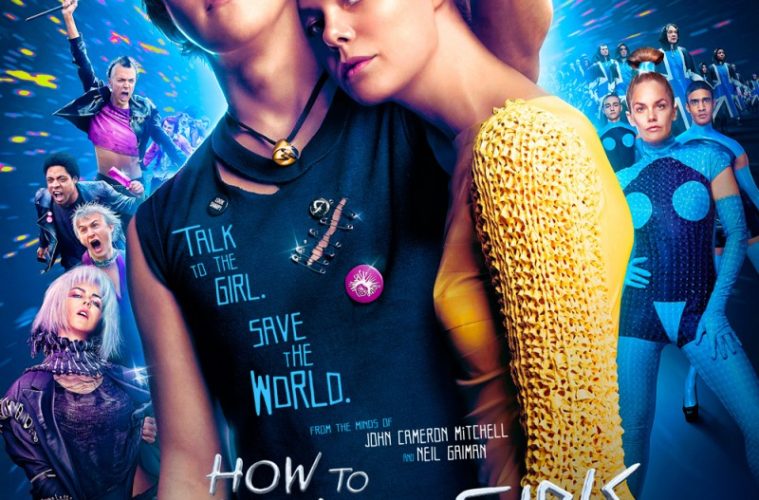 Cannes Review: ‘How to Talk to Girls at Parties’ is an Alienating Misfire

John Cameron Mitchell is a more-than-talented writer-director whose first three features (Hedwig and the Angry Inch, Shortbus, and Rabbit Hole) have all contributed to making him a distinct voice in American cinema. Perhaps it can be attributed to a slimming movie market, or maybe that there just wasn’t anything developing creatively for him, but he hasn’t directed a feature in seven years. If How to Talk to Girls at Parties is what he perceived as a comeback vehicle, Mitchell made an ill-suited choice, as his latest film offers a thinly-sketched culture clash that misses the romanticism of its source material.

Based on the 2006 short story by novelist Neil Gaiman, How to Talk to Girls at Parties is both an ode to punk rock and to 1970s sci-fi, especially 1976’s The Man Who Fell to Earth. The film tells the story of Enn (Alex Sharp), a punk enthusiast who’s really just a sweetheart hiding under a glam-rock disguise. He falls for Zan (Elle Fanning), who is actually an extra-terrestrial sent down to Earth for the sake of experimenting on humans, or something along those lines.

Before the narrative takes a turn for the worst, the film begins strongly with opening scenes of angst-filled youths feeling the music scene in 1977 London, the attention to detail and the way these scenes invoke a time and place encouraging for what’s to come. Mitchell is no slouch to music in film: those who’ve seen Hedwig and the Angry Inch, his 2001 rock musical about a botched sex change operation, know just how vital and important music is to him, and The Dyschords, Enn’s favorite band, perform at a dive bar with the visual and authentic excitement Mitchell brought to Hedwig more than 16 years ago.

If the aforementioned opening does give us hope, it is ultimately squashed in favor of an overcooked sci-fi plot. Enn and Dyschords manager, Boadicea (Nicole Kidman, in glam rock hair and attire), head out to party, but it’s the wrong address — the mansion they stumble upon is occupied by inexpressive aliens with an evil scheme up their sleeves. Their skin-tight latex looks horrible, as if out of a 1980s music video. There is nothing compelling or incisive about these aliens, and it doesn’t help that when we first see them they are doing some odd movements that invoke a Jane Fonda exercise video. As the narrative proceeds, we barely find out exactly what these aliens want. There is no concrete explanation as to what they are doing on Earth and why they rented out that big mansion, if they even did “rent” it.

Enn does fall for Zan, spurring a pregnancy, which happens only a few hours after they have sex. Enn doesn’t want her to leave Earth because he loves her, but her duty is to reproduce on her own home planet. The quality of the film should not be attributed to the actors — especially Sharp and Fanning, who do their best to find some kind of three-dimensionality in their characters, which are written as flat and dull caricatures. Mitchell adapting Gaiman, a great novelist, is an understandable decision, but the artistic union here fails to produce a compelling experience.

The lack of narrative propulsion or powerful subtext of any kind results in little dramatic substance beyond its cult-like ambitions. Much of it stems from Mitchell’s clearly unabashed love for 1970’s silly sci-fi, but Gaiman’s source material never called for that. The beauty that arose from Gaiman’s graphic novel was in its simplicity, in how it could take this infectious sci-fi romance and add beautifully realized imagination to it. The story of Enn and Zan does not need to be abrasively surrounded and interrupted by the psychedelic culture-clash of alien and human characters the film overstuffs in its script. The ideas are there, but the execution isn’t.

How to Talk to Girls at Parties premiered at the Cannes Film Festival and will be released in the U.S. by A24 on May 25, 2018. See our coverage below.