How to Support Arthouse Theaters in This Time of Crisis 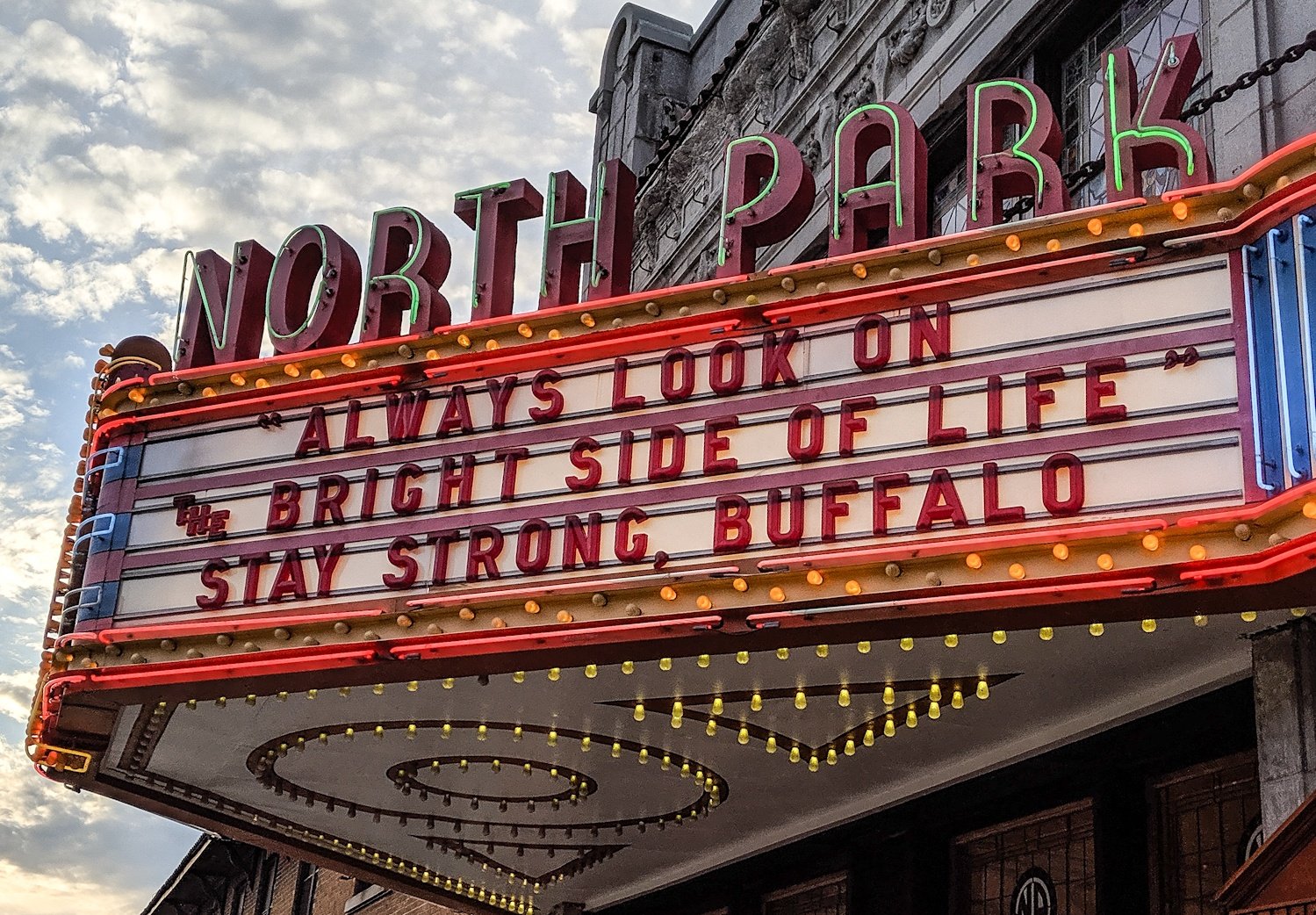 One week ago, the theatrical experience tied to the art form we love drastically changed–but hopefully not for good. As communities across the world attempt to evade the spread of coronavirus, the United States was hit hard as theaters in New York City began to close their doors, followed by the rest of the country. Now, in a time when only drive-in theaters are seeing a surge, we’ve set out to offer some ways you can still show support for temporarily closed cinemas, the majority of which will hopefully bounce back when this crisis subsides.

I’m grateful to be part of the team at Film at Lincoln Center in New York City, in full transparency, but this guide is meant to apply to any arthouse in your local town, with a few tips that could even extend to a multiplex. If you are curious about the theater(s) in your community who are suffering during this moment, check out a map of all arthouses that are currently closed, courtesy of Arthouse Convergence. As more initiatives roll out, we’ll also be updating this page with more ways to support your local cinema during this uncertain time, so stay tuned.

For many arthouse organizations, membership is the lifeblood of their community and a key revenue generator year after year. Becoming a member is also a valuable way to support now and still get benefits when this crisis subsides. One can check what their local arthouse theater offers, but many have perks beyond just discounted tickets, such as early access to tickets for festivals year-round, invites to exclusive screenings and events, and other ways to join a community of arthouse film lovers. In this time of unfortunate change, it’s a great pledge to show one’s dedication to the theatrical experience.

There is currently nothing playing on screens now, but why not secure your ticket for a film down the road and supporting your local arthouse theater now? In this strange time, one thing is for certain: there is going to be a wealth of great viewing options in the months to come when theaters re-open, considering the many delays of films we’re seeing on a daily basis. Many arthouse theaters offer gift cards, which also make the ideal present for the friend you currently aren’t hanging out with as we all self-isolate. Think of it as a commitment to your local arthouse that you’ll be back as soon as they open.

While extra cash is tight during what is a looming recession, if you do have the funds to support the theatrical experience, and specifically the theaters who are putting a spotlight on often overlooked films, a donation is an option. Most gifts are tax-deductible, so check with your local tax professional or the arthouse team to confirm.

The National Association of Theater Owners, while asking the government for a bailout, said they would be giving $1 million to movie theater employees out of work, with help from movie studios. However, it’s not detailed exactly who would be receiving from this fund and how long the payouts would be given. In the meantime, a number of people in the NYC film scene have banded together to launch the Cinema Worker Solidarity Fund, which is going directly to around 300 cinema workers who are now out of work, and is still accepting donations. If you’re on the other side of the country, the furloughed staff of Seattle International Film Festival have set up their own GoFundMe, as have Salem Cinema in Oregon. Meanwhile, Alamo Drafthouse has also set up a relief fund for their furloughed workers. As more fundraisers pop up, feel free to get in touch so I can add to the list.

Update: The Criterion Collection and Arthouse Convergence have announced a GoFundMe to assist arthouse theaters during this crisis. See more here.

Here’s another easy way to not only find out your local theater’s plans when they re-open and beyond, but also to be in touch during this trying time. While some may not have the means to be as frequently in touch, some arthouses are offering streaming picks and book recommendations from their programmers, and more, so be sure you are following them on Twitter, Instagram, and Facebook. And this goes behind just the standard social media channels. If they host a podcast or have a YouTube channel, you can subscribe, along with a newsletter, for the latest updates.

While Universal, WB, and other studios have gone ahead and offered their recently-released films on digital for the average price of $19.99 (with no benefit to shuttered cinema chains), a few arthouse distributors are rethinking this at-home model when it comes to their latest release. Kino Lorber launched Kino Marquee, introduced as “a virtual theatrical exhibition initiative to enable art house cinemas to serve moviegoers and generate revenue during the coronavirus outbreak.” Their first title is the rollicking Brazilian neo-western thriller Bacurau, which we loved at Cannes last year, and is available for $12 for a five-day rental. Check out to see if your local theater is offering it yet here, with more to come as the film “expands” digitally as it would a standard theatrical release.

“When theaters started to close, we at Kino Lorber turned our thoughts to how we could collaborate with our independent theater partners across the country. We cannot release the kinds of films we do without their support,” said Wendy Lidell, SVP of Theatrical Distribution at Kino Lorber.  “Of course we wanted to find a way to keep our current film release in front of audiences, but to do so in a way that would also benefit our exhibition partners. We want to help ensure that these theaters will be able to reopen their doors after this crisis passes. The Kino Marquee program offers an opportunity for theaters to generate revenue while their doors are closed.”

Film Movement has also followed suit with the same model, offering up the Oscar-nominated Corpus Christi and Diao Yinan’s noir thriller The Wild Goose Lake as well as two restorations, Luchino Visconti’s final film, L’innocente, and Sonia Braga’s breakthrough comedy, Dona Flor And Her Two Husbands. Click the respective titles to see if it is virtually showing in support of a cinema near you.

Help Distributors That Have Now-Delayed Films

It’s no question independent film distributors themselves are hurting, with many having planned now-delayed theatrical releases for films in the coming months or others in the middle of a theatrical expansion that has now immediately been stopped short. So, take a look at their current library and purchase their films on Blu-ray/DVD or grab them digitally for rental or purchase. Some have new initiatives, including Oscilloscope Laboratories, who are offering HD purchases of any ten of their films for $49.99, with $10 going to the aforementioned Cinema Worker Solidarity Fund.

Follow Screen Slate (Now Stream Slate, for the Time Being)

When this anxiety-ridden, theatrical-free moment of movie-watching subsides, those who adore the cinema-going experience will be ready to get back in a fervent routine. While we do our (temporarily paused) weekend round-ups of NYC cinema happenings, Screen Slate is the all-knowing master of what’s happening in the city when it comes to arthouse cinema. With their usual comprehensive daily schedule also paused, they’ve switched on a dime to Stream Slate, a daily newsletter offering recommendations anyone can tune into. Thus far, it’s been a fun, wide-ranging recap of the current state of film (and beyond) at a moment when we can use just that.

We’ll cap off this feature with the easiest thing to do. In a time when people in the world have more free hours to watch anything on their screens, the optimistic person in me believes that perhaps instead of binging the umpteenth season of [insert mindless reality show here], the self-isolated may be more adventurous in seeking out movies they otherwise wouldn’t.

So, as you watch the latest film on The Criterion Channel or MUBI, perhaps encourage friends who are seeking what to watch to try out one of your recommendations. And who knows, perhaps this quarantine will result in a few cinephile converts showing up to their local arthouse for the first time when all is said and done. We’re also doing our part to further the discussion on our podcast The Film Stage Show, taking listener suggestions, as well as continuing to offer up ever-expanding weekly streaming picks.

We’ll part with a moment of reflection and hope from our friend Tomris Laffly: