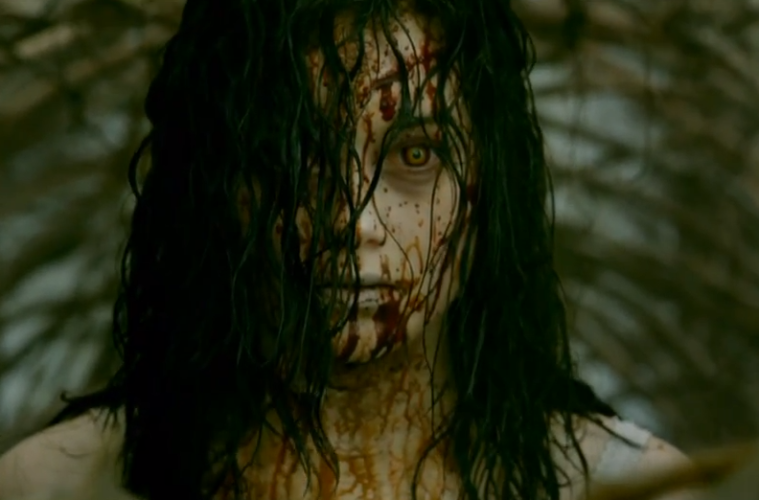 With the Carrie remake out of the way this spring, the Evil Dead redo stands as the major survivor for delivering scares in the season and after a red band teaser, we’ve got a full-length version that adds a few generous heaps of blood. Fede Alvarez‘s directorial debut certainly looks to be opting for gore over genuine chills and unlike some other grotesque entries in the genre, it seems to be effective.

The trailer is packed to the brim with more haunting imagery, from vomits of pure blood, to the tongue-cutting sequence getting extended to various other shocking glimpses. It all looks completely disgusting, but if this is what you desire from a horror film, it’s aiming to deliver it in spades. Produced by Ash himself Bruce Campbell, along with Sam Raimi, the film stars Jane Levy, Shiloh Fernandez, Lou Taylor Pucci, Jessica Lucas and Elizabeth Blackmore. Check it out below and let us know your thoughts.

In the much anticipated remake of the 1981 cult-hit horror film, five twenty-something friends become holed up in a remote cabin. When they discover a Book of the Dead, they unwittingly summon up dormant demons living in the nearby woods, which possess the youngsters in succession until only one is left intact to fight for survival.