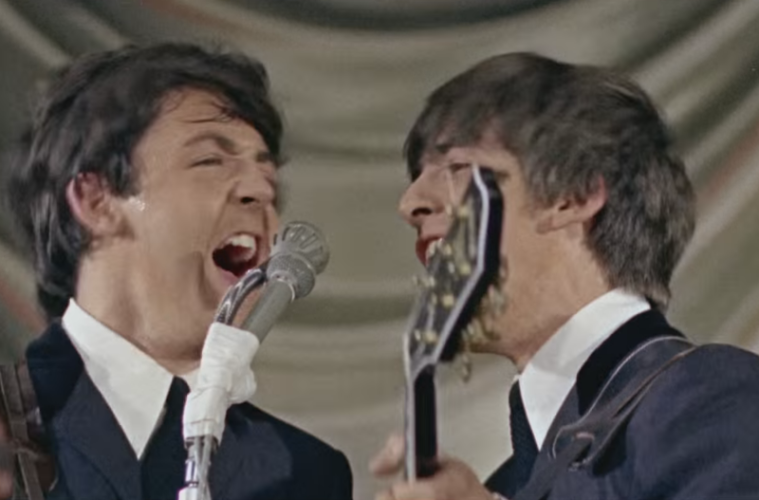 Director Ron Howard is taking his second foray into documentary territory (after 2013’s Made In America) with The Beatles: Eight Days a Week – The Touring Years, and with this news comes the first U.K. teaser trailer.

Over The Beatles‘ rendition of “Twist and Shout,” the teaser gives glimpses of the pressure, hysteria, and joy experienced by four friends from Liverpool who really shook things up with their first world tour. Seeming to combine vintage, beautifully filmic concert footage with standard talking-head interviews, the documentary looks to be a vibrant, if somewhat by the books look into one of the biggest names in music.

Shake it up, baby with the first U.K. teaser, along with a poster below.

Featuring rare and exclusive footage from the early Beatles’ journey in the days of The Cavern Club in Liverpool to their last concert at Candlestick Park in San Francisco in 1966.

The Beatles: Eight Days A Week – The Touring Years is based on the first part of The Beatles’ career (1962-1966) – the period in which they toured and captured the world’s acclaim.

The Beatles: Eight Days a Week – The Touring Years hits the U.K. on September 15th and is slated for a U.S. release sometime this year.