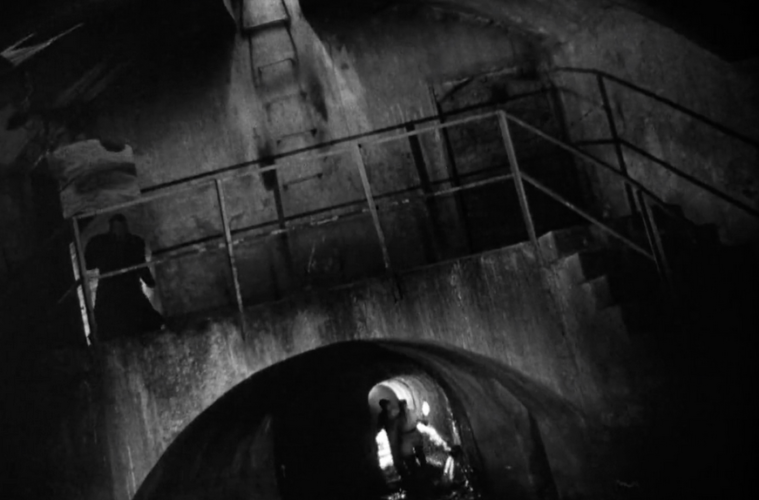 Flavorwire‘s Jason Bailey on the premature death of physical media:

Casual buyers might not have noticed, but sometime in the middle of the last decade, people stopped buying movies on disc. Not everyone, of course — DVD and Blu-ray remains a lucrative source of ancillary revenue — but after nearly a decade of double-digit year-to-year growth, DVD sales flatlined in 2005 and 2006, and fell for the first time in 2007. The causes of that fall (which has continued over every subsequent year, and is expected to extend through this decade) were multifold: the recession, the uncertainty caused by the “format war” of Blu-ray vs. HD-DVD, consumer reluctance to keep buying DVDs in the face of those superior formats, general distaste for the notion of buying all their movies over again a mere decade after DVD supplanted VHS.

Watch a video essay on the history of the Dutch Angle:

There are an embarrassingly large number of fan theories floating around the Internet, and the emphasis here should be on the word “embarrassingly.” What these ideas amount to are fan fiction, not fan theories. Few, if any, of these theories ever get a direct response; the closest in recent memory is Pixar director Lee Unkrich playfully retweeting a comment or two from followers of his who treat the so-called Pixar Theory as utter silliness. But fan theories are becoming as prevalent to modern film culture as stories about casting rumors or reviews, and they are becoming truly toxic.