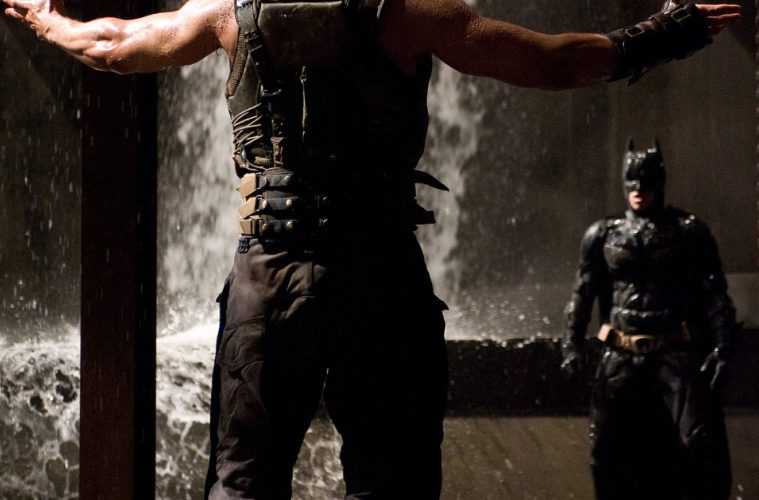 High-Resolution Stills From ‘Prometheus,’ ‘The Dark Knight Rises’ and ‘Haywire’ Despite the general lack of news due to the holidays, one thing that hasn’t let up is new trailers. We got The Hobbit: An Unexpected Journey last night and to time with The Dark Knight Rises from earlier this week and Prometheus tomorrow, we have a few new stills. First up, Warner Bros. sent over two images from Christopher Nolan’s end to the Batman trilogy.

These were originally featured in Empire Magazine a few weeks back, but now they are here in full, high-resolution glory. The one above features Tom Hardy as Bane and some of his lackies, as well as a bit of Aaron Eckhart‘s Two-Face. Below you can see Bane face-off against Christian Bale’s Batman. In anticipation of tomorrow’s trailer we also have a hi-res image from Ridley Scott‘s Prometheus featuring Michael Fassbender, thanks to Empire. I’m curious as to what he is looking at, but for now, the suit design is pretty slick and it really looks like Scott has a specific, expansive vision for this one. After getting a peek at the trailer, this tops the film above for my most-anticipated summer blockbuster. Check out the still below and click for high-resolution. Lastly, we have a batch of stills and a new poster for a lower-profile film, but one I’m just as excited for. Steven Soderbergh is attacking the spy action thriller genre next month with Haywire and Movies.com/HeyUGuys have some new images, as well as a poster. Headlined by MMA fighter Gina Carano, the ensemble also includes Ewan McGregor, Michael Fassbender, Michael Douglas, Antonio Banderas, Michael Angarano and Channing Tatum. The film got some good buzz coming out of a secret AFI Fest screening and should kick off the year right on January 20th, 2012.