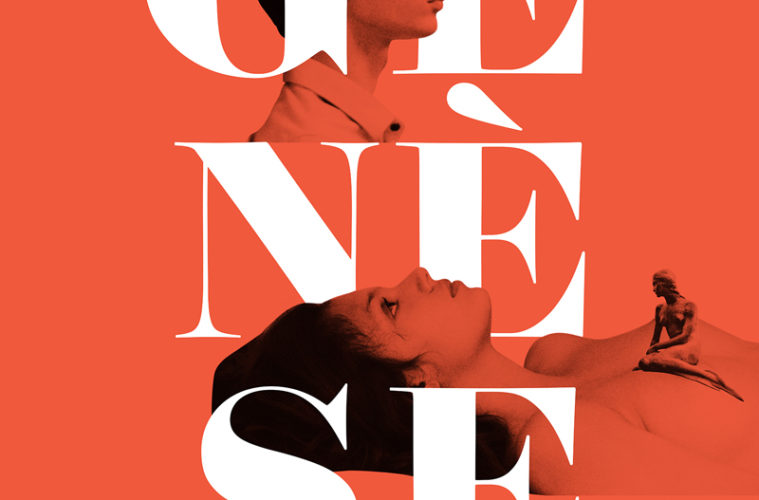 Hamburg Review: ‘Genesis’ is a Sensitive Look at the Capricious Changes of the Heart

In the grand scheme of things, teenage love affairs–together with all the raptures, jitters, devastations associated with them–probably don’t count that much. But then again probably everyone can relate to the sheer groundbreaking force of that first quickening of the heart, of that blinding rush of hormones that compels us to act with a recklessness that we’ll later learn to forever suppress. Quebecois filmmaker Philippe Lesage’s Genesis is an ode to that time in our lives when we still paid more attention to impulses than consequences. Trifling perhaps in terms of subject matter and scope, but it absolutely mesmerizes.

Set sometime during the flip-phone era, the movie centers on stepsiblings Guillaume (Théodore Pellerin), the prodigious, wisecracking class clown at an all-boys Canadian boarding school, and Charlotte (Noée Abita), a fresh-faced high-school graduate who seems not to have figured out her next step yet.

When we first meet Guillaume in the effective, character-revealing opening scene, he’s singing, dancing, clapping on top of his desk to the cheers of the entire class. You can tell right away he’s outgoing, talented and revels in the attention of his peers. He’s that guy who plays tricks on the pretty stern-faced female teacher while the others snicker in awe.

When we first meet Charlotte, she’s annoyed by boyfriend Maxime’s suggestion that they be able to “see” other people. But it soon turns out that Charlotte is the one who’s ready to explore as she hooks up with an older musician type Théo. We’re not sure if she only did this out of spite until later when, finally seeing Théo for the jerk that he is, Charlotte is forced to take stock of her feelings, even if it means throwing away reason or dignity.

For its detailed depiction of the day-to-day life of an ordinary high-schooler and the capricious changes of heart of a young woman, Genesis can strike one as slight. Having said that, Lesage’s eye for emotional truths is so keen and his cinematic voice so sensitive, every frame of this movie feels like a piece of youth distilled, raw and precious. As a testament to the finesse of his writing and direction, there are scenes where you see a character making irrational, potentially self-destructive choices, and while a protective instinct immediately rises in you, you also understand innately where they are coming from and can’t imagine them behaving any differently. This is not a movie that strives to send a message or offer any solution to our woes and regrets, it just reminds you how something you would shrug off today used to be so earth-shattering, so real.

Both Pellerin and Abita are tremendous, each fiercely charismatic in a way that doesn’t compromise the vulnerability of their characters. Guillaume’s storyline builds towards a climatic, beautifully written speech late in the film which Pellerin delivers with heartbreaking candor. In his fearless, almost optimistic act of soul-baring, you recognize a pre-adulthood lack of pretension and cynicism that’s completely disarming. Abita, who burst onto the scene with her star turn in Léa Mysius’ Cannes hit Ava, doesn’t have that one big scene to wow you but her presence speaks sensuality and fragility at once, embodying the endless mystery of a teenage girl with perfect ease.

Lensed by Nicolas Canniccioni, this lovingly nostalgic film looks striking. The naturalistic lighting and colors bring out the essential innocence of the story, while a milky sheen adds a dreamy, retro-licious quality to the imagery. Also noteworthy is the camerawork itself, which shifts its attention from one subject to the next with great repose. Never hurried nor too bothered to tell the viewer where to look, it sometimes seems to drift and only land on a face by accident. The calm, anticipatory silence is magical. (I was not too kind when I reviewed Lesage’s feature debut The Demons three years ago, but Canniccioni’s cinematography already charmed me back then.)

Without any explanation, the last 20 minutes or so of Genesis take place someplace else entirely and are about another pair of even younger lovebirds. It’s hard to decide what to make of this curious addendum that goes on a bit too long and appears, for all narrative purposes, unrelated to the body of the film. But maybe the story about love and romance is not one of continuity but of eternal repetition? Just like that familiar song (in this case the sultry slow-jam Outside by Canadian band TOPS) that pops up in the heads of millions every day at the thought of the one who got away.

Genesis screened at the Hamburg International Film Festival and opens on August 23.