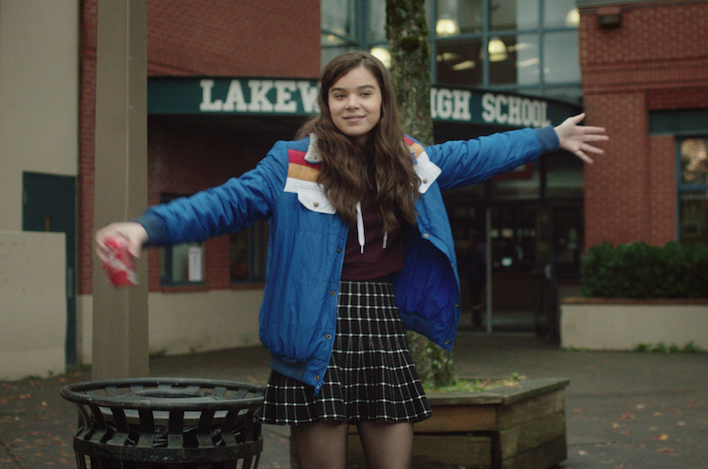 True Grit star Hailee Steinfeld is getting her own John Hughes-esque coming-of-age story this fall with The Edge of Seventeen. The first trailer has now arrived for the raunchy teen comedy that handles the now-standard style of cynically funny high-schoolers who hate high school but still, like, ya know, have dreams, of course. Things get complicated for Steinfeld’s Nadine when her best friend (Haley Lu Richardson) starts dating her brother — yikes!

Everyone knows that growing up is hard, and life is no easier for high school junior Nadine (Hailee Steinfeld), who is already at peak awkwardness when her all-star older brother Darian (Blake Jenner) starts dating her best friend Krista (Haley Lu Richardson)

All at once, Nadine feels more alone than ever, until the unexpected friendship of a thoughtful boy (Hayden Szeto) gives her a glimmer of hope that things just might not be so terrible after all.