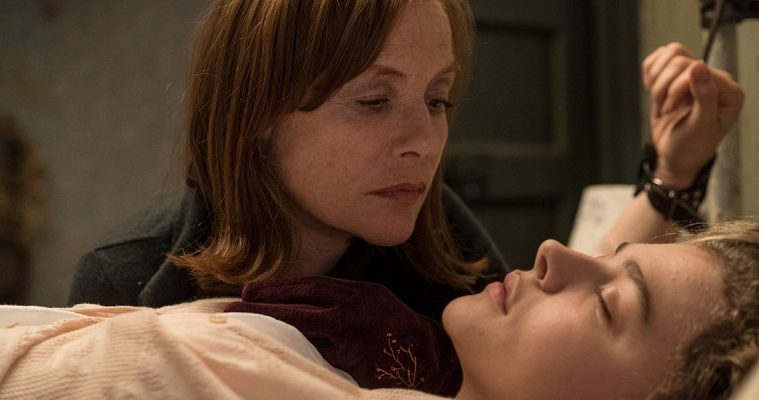 2019 will kick off with a bit of genre fun in Neil Jordan’s female-led three-hander Greta. Starring Isabelle Huppert, Chloë Grace Moretz, and Maika Monroe, it follows a naive girl who gets stuck in the trap of an eccentric piano teacher (a fitting nod to Huppert’s role in a certain Haneke feature). Following a fall festival premiere, Focus Features will release it this March and have now debuted the trailer.

Bedatri Datta Choudhury said in her review from TIFF, “Greta could make a perfect camp protagonist, and Greta could be a camp film that is so bad that it’s good, but it doesn’t quite get there. It has the necessary ingredients: conjuring laughter when it is perhaps intended for audiences to be terrified, and just the right amount of cringe every often. Yet it doesn’t sustain itself as the script falters, devolving into something that is a rehash of a little of camp, a little bit of a thriller, and a little bit of a comedy–and never the unabashed genre delight it could be.”

A sweet, naïve young woman trying to make it on her own in New York City, Frances (Chloë Grace Moretz) doesn’t think twice about returning the handbag she finds on the subway to its rightful owner. That owner is Greta (Isabelle Huppert), an eccentric French piano teacher with a love for classical music and an aching loneliness. Having recently lost her mother, Frances quickly grows closer to widowed Greta. The two become fast friends — but Greta’s maternal charms begin to dissolve and grow increasingly disturbing as Frances discovers that nothing in Greta’s life is what it seems in this suspense thriller from Academy Award®-winning director Neil Jordan.