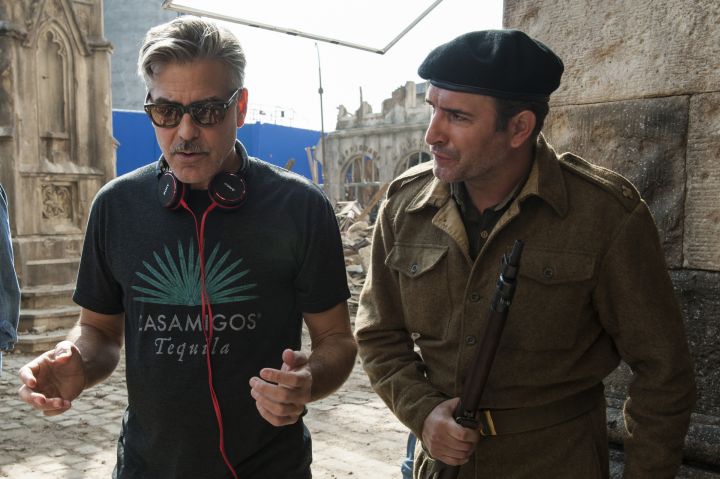 While this month sees the release of a handful of the year’s finest films, there’s still much more in store. Today brings new behind-the-scenes looks at two of our most-anticipated titles, both landing in December. First up, after stopping by Cannes (our review) and NYFF (watch the press conference), Joel and Ethan Coen‘s Inside Llewyn Davis will be arriving early in the month and new images have landed featuring our directors on the set.

Heading back a few decades to World War II, George Clooney is currently putting the finishing touches on his next directing effort, The Monuments Men. Following the debut trailer, a batch of trio of new images have arrived, highlighting The Artist star Jean Dujardin, who is joined by Matt Damon, John Goodman, Bob Balaban, Bill Murray, Cate Blanchett and Hugh Bonneville. Following the group’s mission to retrieve art the Nazis stole, check out the new images below. [Indiewire/Premiere]