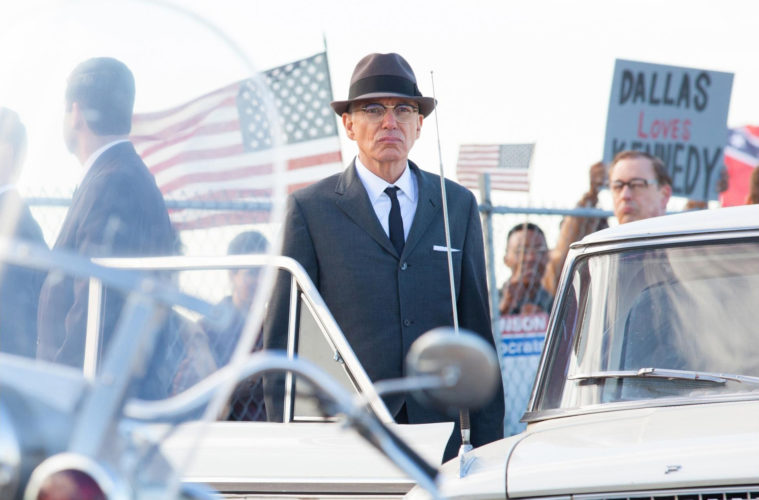 With Peter Landesman‘s Parkland arriving on Blu-ray this week, ahead of the 50th anniversary of the assassination of the 35th U.S. president, we’re giving away some items related to the drama. One (1) winner will receive one (1) copy of the Parkland Blu-ray/DVD, along with one (1) mini-poster signed by Zac Efron, Colin Hanks, Jacki Weaver, and Landesman. See how to enter below and all entries must be received by 11:59 PM EST on Friday, November 8th. If you want to see more of our coverage, check out our review of the film from Toronto International Film Festival.

To enter, simply do the below three steps:

We will select the winners at random and notify via e-mail. One entry per household. No purchase necessary. Winners must live inside the U.S. and shipping to a P.O. box is not permitted. Parkland recounts the chaotic events that occurred in Dallas, Texas, on November 22, 1963, the day President John F. Kennedy was assassinated. Written and directed by Peter Landesman and produced by Playtone partners Tom Hanks and Gary Goetzman, Bill Paxton and Exclusive Media’s Nigel Sinclair and Matt Jackson, Parkland is the ferocious, heart-stopping and powerful untold true story of the people behind the scenes of one of the most scrutinized events in history.

Parkland weaves together the perspectives of a handful of ordinary individuals suddenly thrust into extraordinary circumstances: the young doctors and nurses at Parkland Hospital; Dallas’ chief of the Secret Service; an unwitting cameraman who captured what became the most watched and examined film in history; the FBI agents who nearly had the gunman within their grasp; the brother of Lee Harvey Oswald, left to deal with his shattered family; and JFK’s security team, witnesses to both the president’s death and Vice President Lyndon Johnson’s rise to power over a nation whose innocence was forever altered.