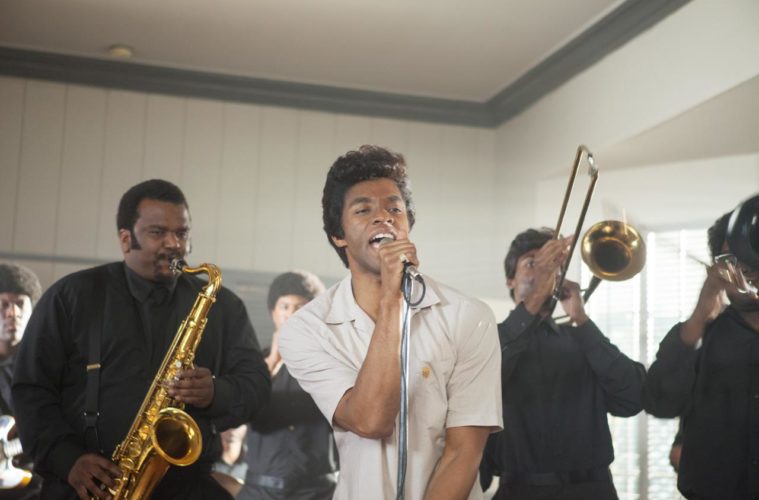 After his drama The Help found success in the August season, Tate Taylor is returning to a similar slot with his follow-up, taking the commendable job of going against Marvel with their Guardians of the Galaxy. Led by 42 star Chadwick Boseman, Get On Up tracks the life of iconic American musician, the Godfather of Soul himself, James Brown, and today the first trailer has landed.

While it’s not seen in this first lively preview, Boseman frequently breaks the fourth wall in the film, according to Taylor’s interview with USA Today. The director goes on to say, “I told everybody, ‘Look, James was a control freak, and even though he’s not with us, there’s no way he wouldn’t be a part of his movie. There is a lot of pain in this movie, but as James says, take what’s bad and flip it on its head and make it work for you. That’s what he did, and that’s what we can all learn from complicated geniuses.”

In his follow-up to the four-time Academy Award®-nominated blockbuster The Help, Tate Taylor directs 42’s Chadwick Boseman as James Brown in Get on Up. Based on the incredible life story of the Godfather of Soul, the film will give a fearless look inside the music, moves and moods of Brown, taking audiences on the journey from his impoverished childhood to his evolution into one of the most influential figures of the 20th century.