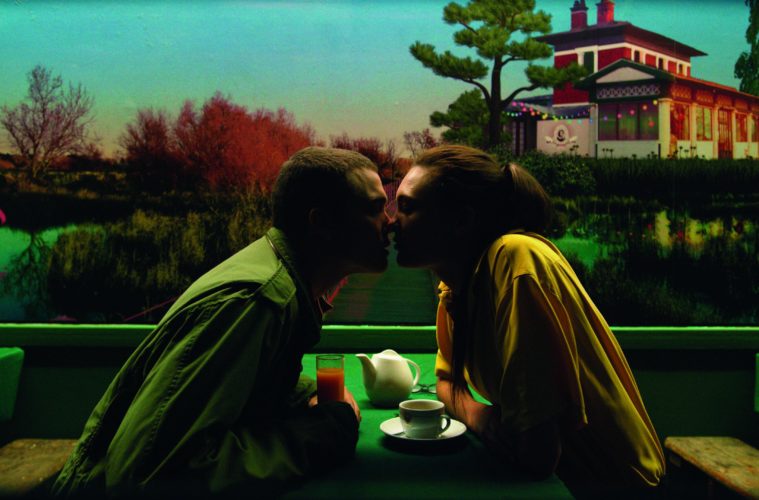 We said in our review, “Love endeavors to capture the ecstasy of love as expressed through sex, something that Murphy, a film student, proclaims as the most noble – and, supposedly, yet unrealized – of cinematic ambitions. By name-checking Pier Paolo Pasolini, Rainer Werner Fassbinder and Andy Warhol through Murphy’s t-shirts and film posters, Noé situates himself not only in the tradition of some of cinema’s most eloquent pioneers on the subjects of love and sex, but at its vanguard. Love doesn’t say nor show anything new. Arthouse fare featuring copious unsimulated sex and little else is hardly extraordinary any longer and Love actually belongs to the abortive tradition of such films as Michael Winterbottom’s equally ineffectual 9 Songs.”

Check out the new trailer below for the film starring Karl Glusman, Aomi Muyock, and Klara Kristin. For more on the film, check out our highlights from the Cannes press conference here.

The film follows Murphy, who wakes in his apartment one New Year’s Day to a frantic call from his ex-girlfriend’s mother. His ex, Electra, has been missing for months and her mother fears the worst.

Over the course of a long, rainy day, Murphy finds himself alone in his apartment, reminiscing about the greatest love affair of his life—the two years he spent with Electra.

Love will hit theaters on October 30th in New York, and November 6th in Los Angeles with national rollout to follow.