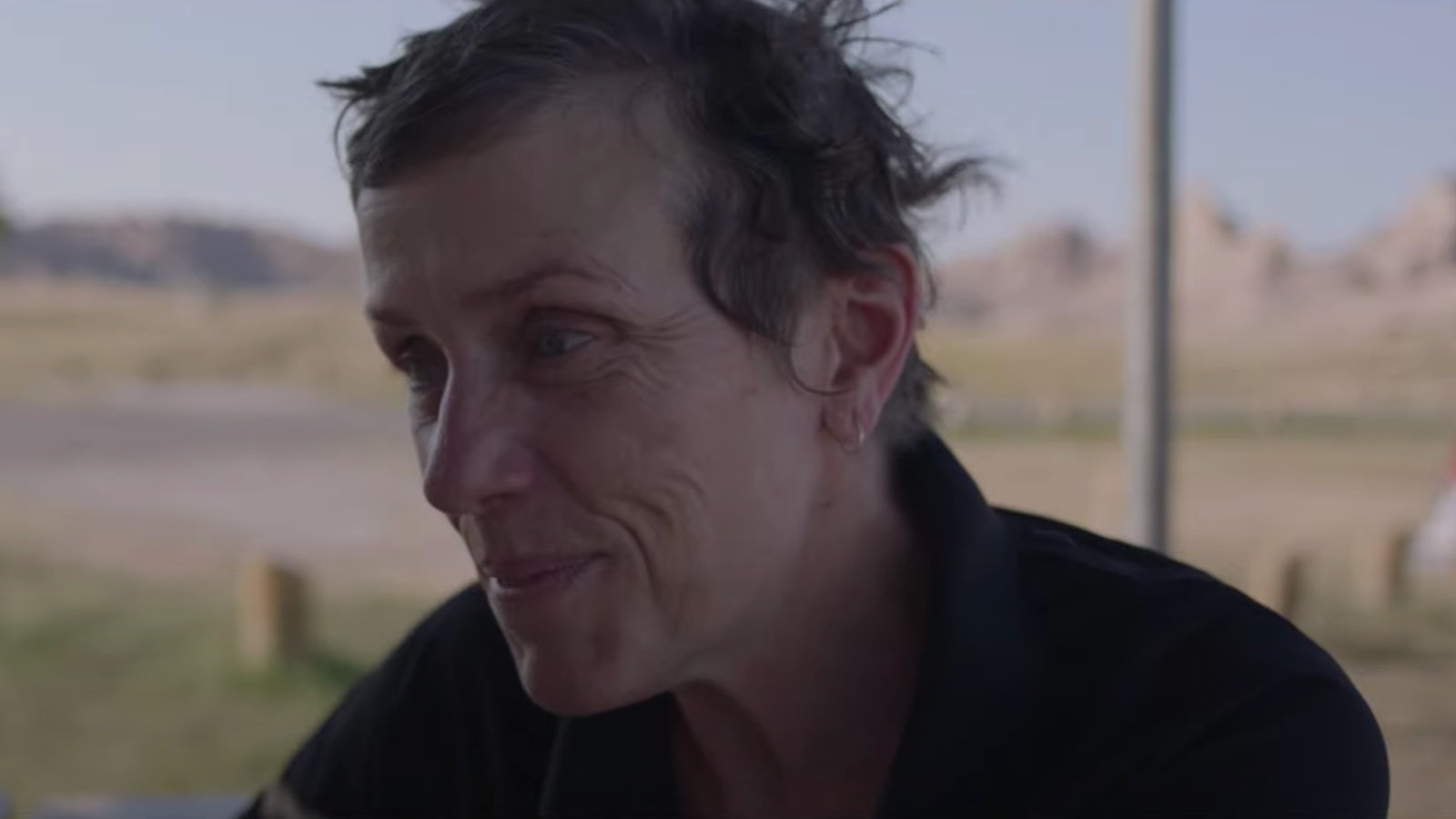 After an awards qualifying run last week, one will have to wait a few more months to see one of the year’s most acclaimed films. Chloé Zhao, following The Rider and Songs My Brothers Taught Me, earned the top prizes at Venice and TIFF for Nomadland, which follows Frances McDormand’s down-and-out character on a journey through the American midwest. Ahead of a February roll-out leading up to the Oscars in April, Searchlight has now debuted the full trailer.

David Katz said in our review, “For all its contemporary elements, the story of Nomadland is as old as America itself. It’s the same hymn about the myth of the open road, stretching onwards in all its infinite possibilities. Once it was traversed by chuckwagons, and yet now we have a different kind of economic migrant, which this film defines as the modern nomad, heading across vast distances with the same purpose: for the pursuit of happiness, or rather just the next paycheck and meal to keep the wolf from the door.”