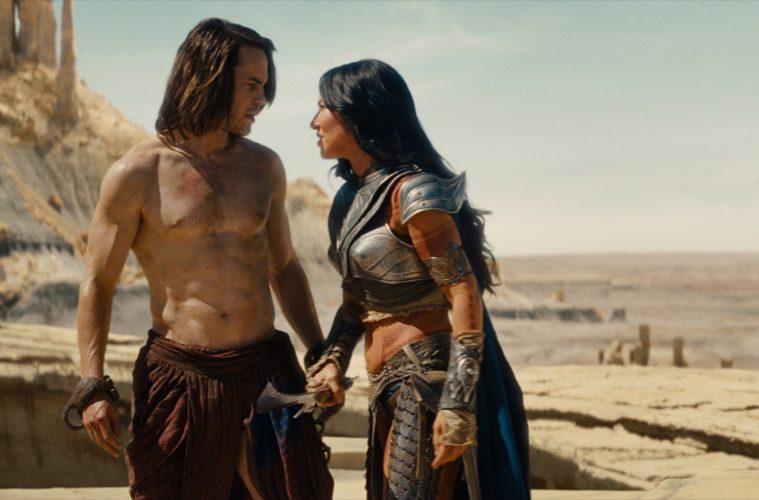 Alright, lets try this again. After Disney botched the trailer release of the one film that needs all the good buzz it can get, by releasing just 49 seconds of it early this morning on GMA, we now have the full thing thanks to IGN. Directed by Finding Nemo & Wall-E’s Andrew Stanton, John Carter (formerly of Mars) is the studio’s big sci-fi blockbuster bet this March.

I held some hope after the disappointing first trailer, and the latest one is definitely an improvement, but still not what I hoped for coming from such a great storyteller (also visually speaking) as Stanton. There is some cool action beats at the end, but every line seems cliche and some of the designs look a bit cheap, along with the sets. Check it out below and let us know what you think below.